Advertise with us
Posted 5 January, 2016


Malcolm Turnbull has criticised The Australian  after it published a photo of the woman at the centre of the Briggs affair in its weekend edition.

The photo of the public servant was taken on disgraced minister Jamie Brigg’s phone in a bar in Hong Kong. It has been alleged that Briggs behaved inappropriately towards the woman and he has subsequently resigned his position.

The photo was published on The Weekend Australian’s front page albeit pixelated and featured the woman alongside Brigg’s chief of staff, Stuart Eaton (see below). The accompanying article also revealed the woman’s age and her position at The Department of Foreign Affairs. It did not reveal the woman’s name, however. 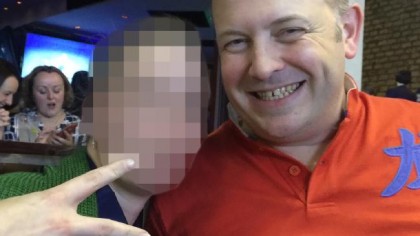 Briggs admitted the photo was from his phone but said he did not release it to the media and called the entire incident an “error of professional judgment”.

It has been reported in The Australian that “Mr Briggs reportedly suggested the woman had piercing eyes, putting his arm around her and kissing her on the neck.”

Late yesterday the prime minister criticised the leaking of the photo and its publishing in a national broadsheet newspaper. Turnbull said the whole incident could deter other woman who had been the victim of harassment from coming forward.

“From the outset I have sought to ensure the privacy of the public servant concerned has been protected,” Turnbull said via a statement.

“Publishing the identity of a complainant in a case like this not only infringes their privacy, it serves actively to discourage other women who are concerned about the conduct of a superior from raising a complaint in the future.

“I urge all parties to respect the public servant’s privacy.”