The first wave of the “Payback Australia” study by Ebiquity, a leading, independent marketing analytics firm, found that every $1 invested in TV advertising generated a return of $1.74.

TV was the only media in the study that generated a positive short term revenue ROI for the nine participating FMCG brands, which included Unilever, Pfizer, Lindt, Kimberly-Clark, Goodman Fielder, Sanitarium, and McCain. 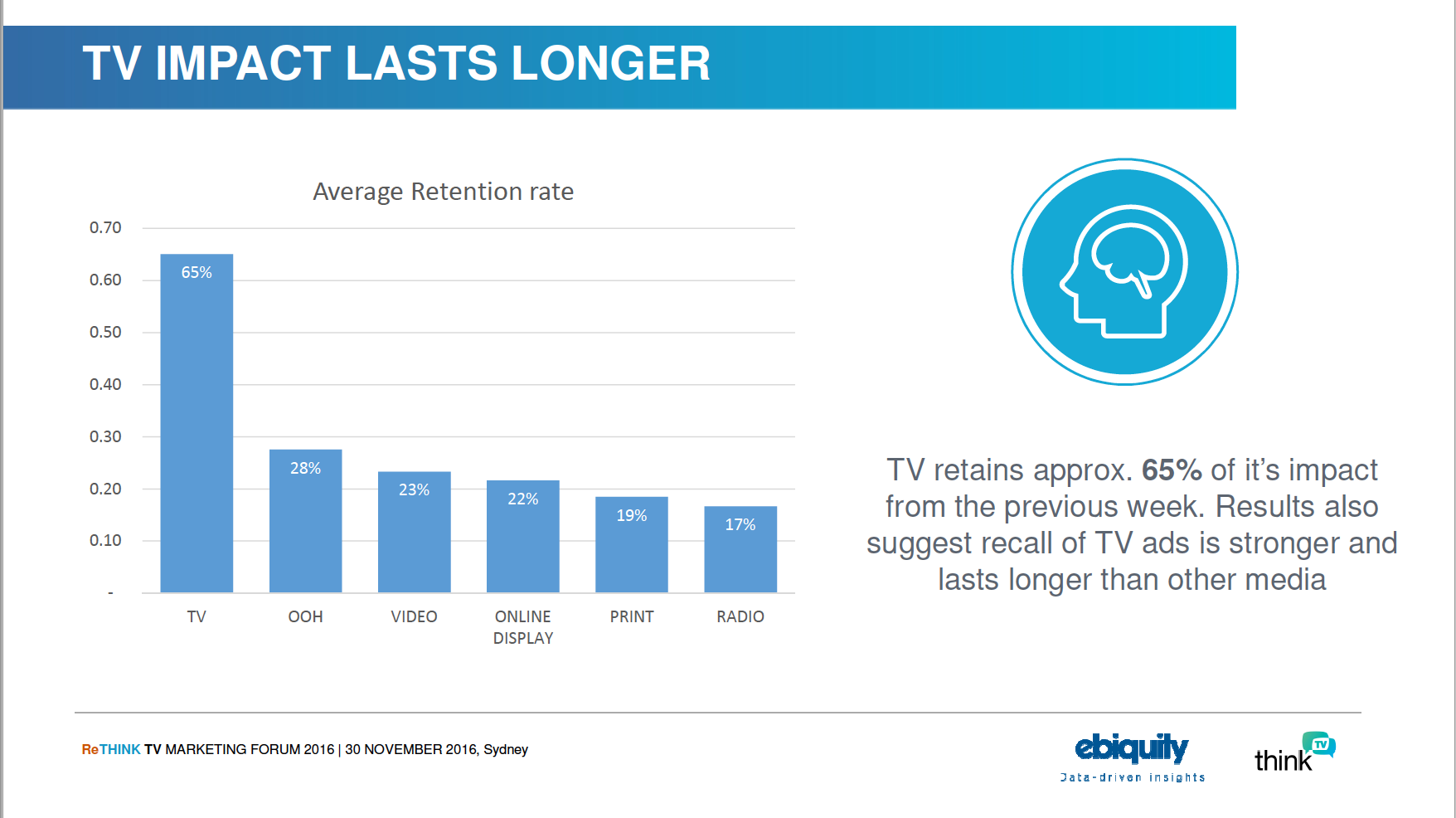 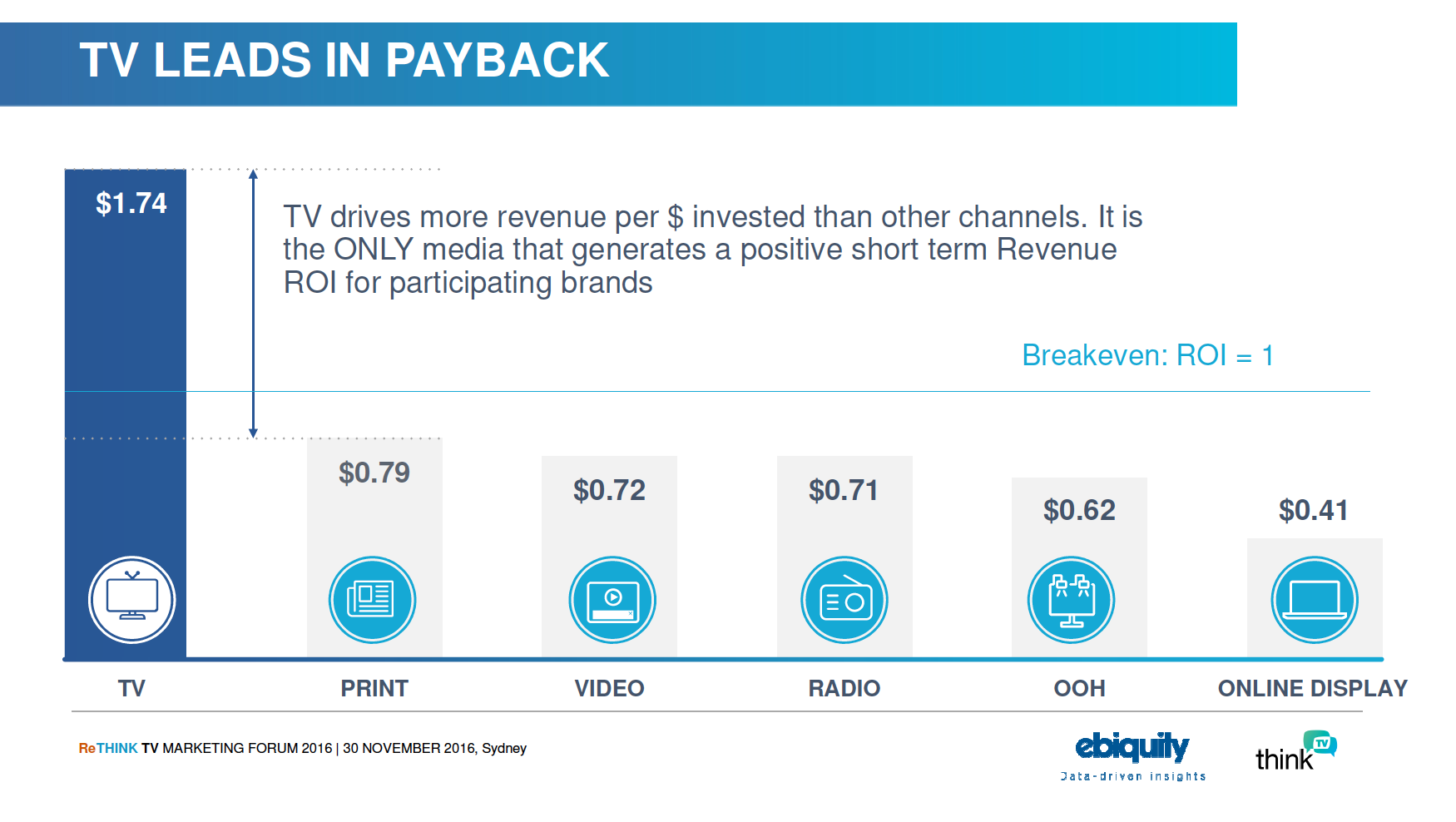 “Based on extensive econometric modelling*, advertising on TV compared to other media types, has proven to be the clear leader for return on investment for the very large and important FMCG category,” said Richard Basil-Jones, chief executive of Ebiquity Australia & New Zealand. “The fight for every additional percentage point in product sales is a tough one for advertisers in the FMCG category, this rigorous Australian Payback study has proven that when it comes to advertising, TV is the leader for ROI.”

Kim Portrate, chief executive of ThinkTV, said: “The marketers that we talk to are trying to drive growth in really challenging conditions. One of the few levers to grow your business is media. Advertisers in the consumer packaged goods industry – covering pharmacy, liquor and grocery – know the importance of retailer in-store promotions but they also know it comes at a cost and is short-term. When it comes to advertising and driving sales – the Australian Payback study and other global studies continue to prove that TV leads the way.”

Ebiquity also found that TV retains approximately 65 per cent of its of its impact from the previous week, ahead of outdoor on 28 per cent, online video on 23 per cent, online display on 22 per cent, print on 19 per cent and radio on 17 per cent. The results suggest recall of TV ads is stronger and lasts longer than other media.

The first tranche of the Payback research will be presented officially at the ReThinkTV Marketing Forum on November 30 to be held at Doltone House, Sydney. The second and third tranches of “Payback Australia”, covering the finance and automotive sectors, will be released in Q1 2017.

*Econometric modelling attempts to estimate the relationship between sales and the factors that drive sales. Econometrics uses mathematical equations to isolate all of the different factors that can influence sales at any one time. For example: If an advertiser runs an advertising campaign and sees a big increase in sales, that increase may also have been influenced by in-store promotions.