American sportswear apparel giant Under Armour says its grabbed a foothold in the Australian market by doing one particular thing – targeting the Millennial consumer.

The brand – as famous for sponsoring big name athletes as it is for the technology to match its apparel – has had a relatively slow burn since launching in the local market three years ago.

Initially, it was all about getting store space in local chain sports retailers such as Rebel and Amart; however, the brand has just opened its first stand-alone store on the Gold Coast with more openings planned for Sydney and Melbourne. 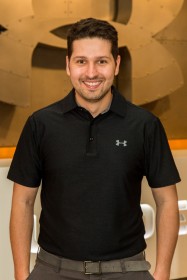 Under Armour’s Australian and NZ MD, Fernando Reani (pictured above), said the brand – arguably better known for American football and basketball – has had to be selective about what it promotes in Australia.

Reani agreed the local market is well catered for with sports apparel players and says, “We’ve concentrated on categories where we think we can do well. Training, running, basketball, and we’ll be moving into golf and football (soccer) hopefully soon, too,” he said.

As to the question of whether Under Amour is too ‘American’ for an Aussie audience, Reani adds: “We are a very young brand, it was created in 1996, and I think it’s a natural path of being an American-centric brand to becoming a global-centric brand, which is the vision for the brand.” 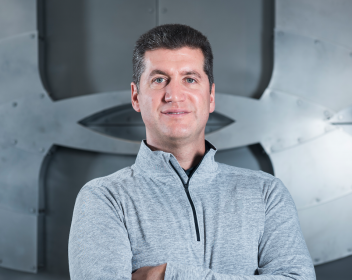 Jason Archer, Under Armour’s vice president of emerging markets, was recently in Australia and added that the success of the brand was due to the fact it particularly resonated with the Ys.

“I think the young consumer has really grasped the brand, we really resonate with the Millennial consumer. We often say our parents wore Adidas, we wore Nike and Under Armour’s our children’s brand,” Archer said.

“There’s an evolution. We sponsor a lot of the up and coming athletes. Take Stephen Curry in the basketball and (golfer) Jordan Spieth who won the Masters last year, or Michael Phelps who’s an Olympian athlete. Sure, they’re American athletes but they transcend internationally,” he said. 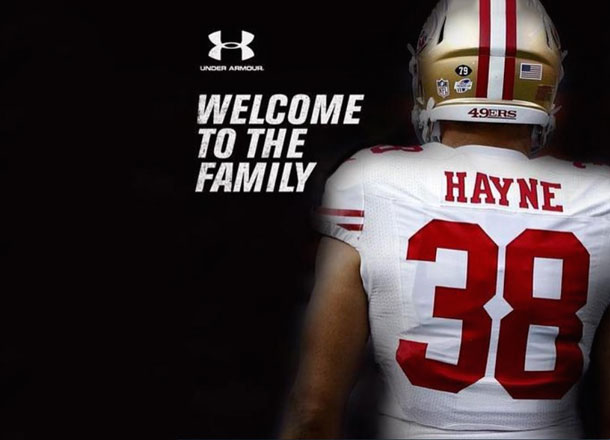 Under Armour famously sponsored Jarryd Hayne when he tried his luck in the NFL last season. So was it a chance gone begging for the brand in Australia?

“Jarryd was a long-time fan of the brand and we partnered with him when he was with the NFL,” Archer said, “he’s come back (to the NRL) and he’s moved on and we wish him the best.”

Both Archer and Reani are coy when pressed about plans to sponsor local athletes and teams and admits that because its not synonymous with any of Australia’s three major sporting codes – league, AFL and cricket – it has thrown-up some marketing challenges

Reani said: “That’s the next big question for us, what our next strategy will be, where we’ll put our marketing dollars. What clubs they might be, or players, and that’s one of the tricks for us. Digital will play a huge role for us and that strongly connects our technology with our fitness community.”

However, Archer adds the Australian market’s not a difficult one as we’re a fairly sporty nation anyway. “We’ve got over 185 million users on our Connected Fitness Platform and six million of them are Australians. So there was very good awareness of the brand even before we established here. But there are challenges for us in the Australian market; obviously Under Armour isn’t big in sports like cricket or rugby, which are hugely popular here.”

That said, a focus on tech, health and fitness and a Millennial audience will remain the order of the day.

“For the Ys it’s all about digital, it’s a digital world,” Archer said. “It’s about staying connected in that world and social media is just great for that. Throw in the health, the fitness and I think the Millennials really go for that. We’ve invested heavily in our tech side and, yes, we see ourselves as tech disruptor and we’ll continue to innovate.

“I think people engage with Under Armour far more emotionally and that’s a lot to do with the athletes we sponsor. Our customers will be engaging with us a lot more via social media with the content we’re creating and the connection with those athletes. Our consumers are growing up with online and it’s all about being part of that digital journey,” he said.