The world’s premier rugby event would see New Zealand take out the title if the competition was based on social audiences, with the All Blacks’ online following dwarfing every other competing nation.

Going into the tournament, New Zealand’s 4.51 million social followers is almost equal to the country’s entire population of 4.6m, and nearly double that of nearest rival England’s 2.26 million fans. 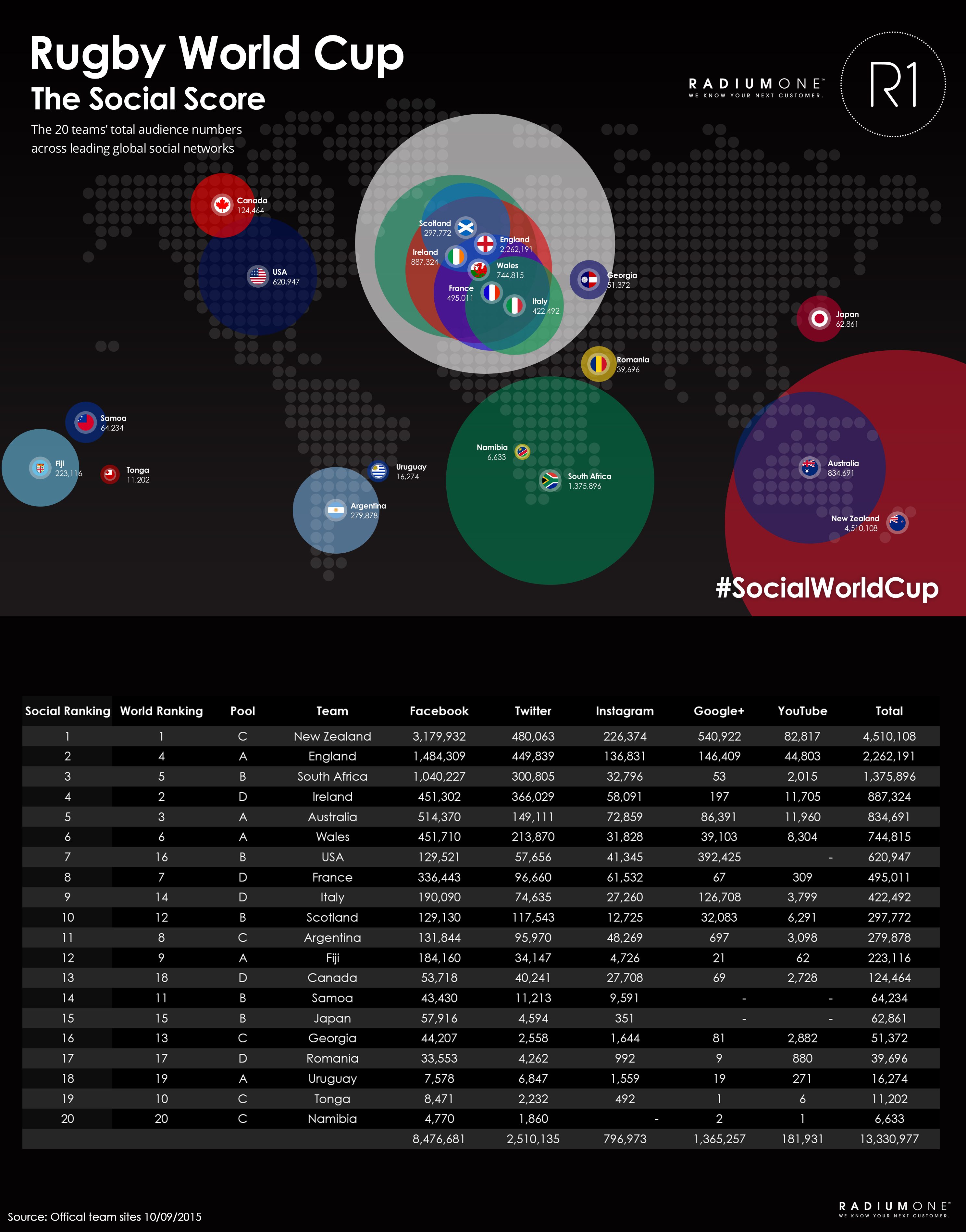 RadiumOne director of strategic accounts, Adam Furness, said the social score shows the relative reach of each nation’s team and reflects the potential audience it can unlock for teams, sponsors and commercial partners.

“Australians are hugely passionate about sport and highly engaged with sports content across all digital channels. Technology is enabling rights holders and marketers to harness this passion in real time to drive improved commercial outcomes,” said Furness.

“The merging of sharing data with real-time media delivery means brands can now align their messaging with the ‘right now’ moods and passions of sports fans,” he added.

Research conducted by RadiumOne and TPoll prior to the World Cup also found: