In this guest post, Mac Wang, Stripe’s head of Australia and New Zealand, says far from destroying the traditional publishing model, new technologies will, in fact, be its saviour… 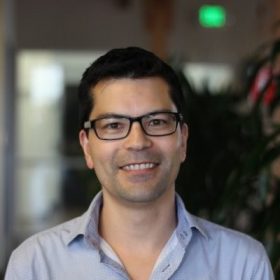 More than two decades on and news organisations around the world are still working out the best way to adapt their business model to the ever-changing digital age. The ‘code’ to success is yet to be cracked and the publishing economy looks set to become even more complicated in the years ahead. Thanks to the growth in ad blockers on desktop and mobile, the media industry’s ads-based revenue model is showing signs of fatigue. Publishers were dealt a further blow earlier this year when Facebook announced a major overhaul to its news feed algorithm, deprioritising content from brands and publishers.

Some were quick to paint Facebook’s update as industry crushing. Granted, the changes will make seeing success on the platform a whole lot trickier for publishers. However, the outlook is far from doom and gloom as a new era of opportunity opens up in front of publishers.

New technology tools and platforms have emerged, offering a lifeline to an industry that has been treading water for decades. These tools are paving the way for new business models like online subscriptions and marketplaces, creating opportunities for more sustainable companies to emerge in the years to come, including ones coming out of Australia.

Back to basics: rise of subscriptions in media

For publishers, a subscription-based model seems almost obvious – it’s the model the industry successfully used back when print reigned supreme. That changed when things shifted online, but it appears the tide is turning again. There’s increasing willingness among consumers to pay for digital news subscriptions, with Deloitte predicting that by the end of the year 50 per cent of adults in developed countries will have at least two online-only media subscriptions – a number they expect to rise again to four by the end of 2020. Subscriptions are also becoming a key way for publishers to create more meaningful relationships with readers, a challenging feat with an audience that is increasingly fickle when it comes to media consumption.

Australian startup Inkl runs a ‘Netflix for news’-style service, collating stories from a variety of publishers and applying an aggregated payment model so readers only need to purchase a single subscription. The ad-free service offers a variety of tiered subscription options, including cost per article read, flat monthly fees, and fees for unlimited access to premium, behind-the-paywall content. A portion of this then goes to the publishers – the likes of ABC News, Bloomberg, The Guardian, and The Sydney Morning Herald.

For publishers experimenting with or considering shifting to a digital paywall, the key is to provide truly unique content. Condé Naste CEO Bob Sauerberg summarised this sentiment when Wired announced it would go down the paywall route, saying “…if you have distinct content that is unique and special, there’s a massive trend toward subscription-based businesses.”

But it’s not just the subscription model that is gaining popularity. As more media companies reign in costs and downsize newsrooms, many talented reporters find themselves reinventing their trade, finding new ways to share their work and make an income.

Marketplaces are changing the way these writers are reaching their audiences. Medium is a great example of this, distributing subscribers’ fees based on the engagement each article receives, while Substack, puts the power of hosting and publishing back in the hands of the writer. The result is the creation of unique content, directly from the writer into the hands of the reader.

Along with these new marketplace-based platforms comes new methods of payment for writers. Just like platforms like Kickstarter and Redbubble, these marketplaces are supported by backend infrastructure that helps to facilitate payment between the reader, platform, and writer.

Over the past two decades, Australian publishers have been trying to determine the best way to harness the digital media model. Undeniably, challenges still abound but today technology is also presenting new opportunities and ways to generate revenue and deliver content to publishers and individual writers alike.