Advertise with us
Posted 5 December, 2017


Music and sound design leader Smith & Western has announced the launch of The Creative Relay, an exciting industry-first podcast series where Australia’s most inspiring creative minds talk to the creatives who most inspire them. 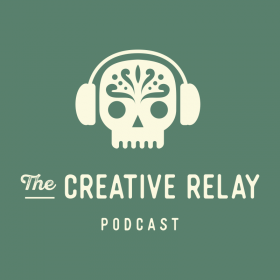 Each episode features a creative leader interviewing a fellow inspiring creative mind of their choice.

‘We had to start somewhere – and what better place than inside the head of Ant Keogh. He’s an awe-inspiring creative powerhouse, and we were elated when he agreed to be our inaugural guest,” said Dunne.

Keogh then turns the tables in episode two, interviewing his choice of subject, Jonathan Kneebone, writer/director and co-founder of The Glue Society.

“I think The Creative Relay podcast is a great idea. I mean how often do you get the chance to catch up and have a proper conversation with people in the industry when you’re not completely pissed?” said Kneebone.

Rounding out the launch trilogy, Kneebone peels away the layers and delves deep into the mind of DDB Sydney executive creative director Tara Ford in episode three.

“It’s easy to spend so much time head down working. So, it was wonderful to take some time to reflect and project on our industry, careers and creativity with some amazing people,” said Ford.

“I’m loving being in the room, with this revolving door of creatives. Their individual differences are just as interesting as the common themes that are emerging,” added Dunne.

The Creative Relay series is the brainchild of creators and producers Dan Higson (middle of photo) and Nick West (right in photo) from Smith & Western.

“We were driven to create The Creative Relay because we wanted to do something that hadn’t been done before. There are loads of podcasts out there – but there aren’t a lot of creative leaders of the calibre we have pulled together. We think there is a keen interest in the industry to get inside the minds of creative leaders and discover what makes them tick and this series and its relay concept delivers that with a double dose of each,” said Dan Higson, executive producer, Smith & Western.

Nick West, creative director at Smith & Western, added: “The podcasts are very chilled, relaxed and conversational and cover the personal stories that go beyond the usual industry-focused discussion. That’s key to The Creative Relay because we’ve found it is often the stories-behind-the-story that uncover the greatest gems of insight, intrigue and inspiration.”

Dunne added: “We want the podcasts to be enlightening, but also a bit of a laugh. Fortunately, ad creatives tend to be a pretty funny bunch – and so far, everyone’s been great company.”

To listen to and download the first episodes of The Creative Relay, either go to thecreativerelay.com or itunes.apple.com/au/podcast/the-creative-relay/id1315516649?mt=2. There are three episodes ready for you to dive in to straight away with loads more to come in the next few weeks.