In this episode of CSI Palo Alto, detective Darren Fishman (a Melbourne-based creative director and advertising writer) takes a forensic look at the digital clues that foreshadowed Donald Trump’s win.

It seems the mainstream media and the polls got it all wrong. Without a shadow of a doubt, they told us Hillary Clinton was going to be the first female president of the United States. But that’s not how it turned out, and if you looked carefully around you, there were clues to how it eventually did unfold. These clues were across the social and digital spheres and went beyond what conventional political polling could deliver. 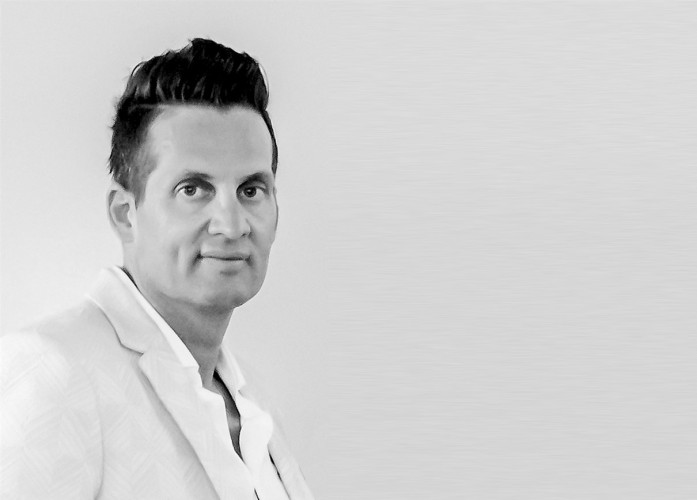 Both Hillary Clinton and Donald Trump used Facebook live – he far more prolifically then her. Trump was going live up to five times a day in his effort to bypass the mainstream media and get his message out there.

The telling thing here was the number of viewers. While Clinton hovered around the 10,000 mark, Trump was getting five times that number… and more!

Sentiment was also telling, with Trump’s broadcast full of ‘thumbs up’ and ‘heart’ icons, while Clinton was copping the angry face emojis. And while comments on the Trump feed were 99 per cent positive, people were giving her a serve in the comments section of her Facebook Live broadcasts. 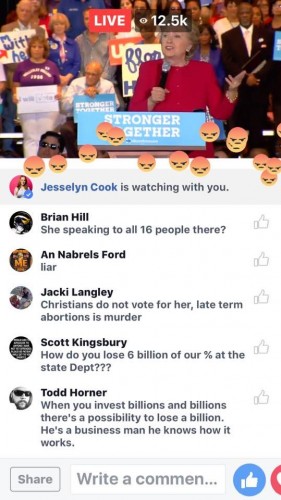 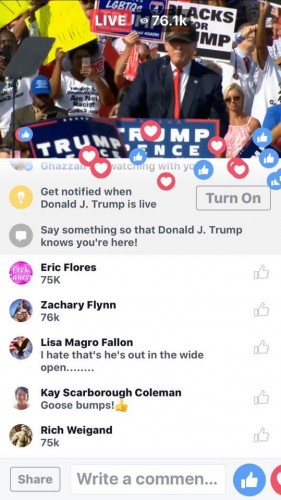 Trump had a clear lead when it came to social media followers. On Facebook, his page has 13.5 million likes, with Clinton’s sitting at 9 million. Over on Twitter, the contest was closer, with Trump’s 14 million to Clinton’s 11 million. Overall, that represents a higher reach of around a third more people that are interested in one candidate over the other. 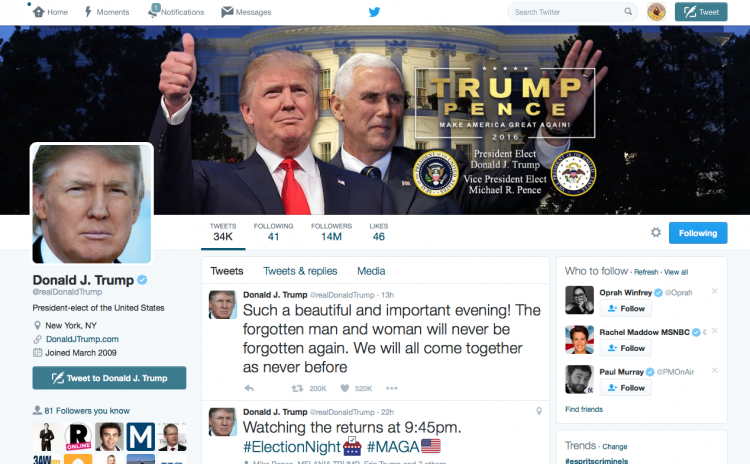 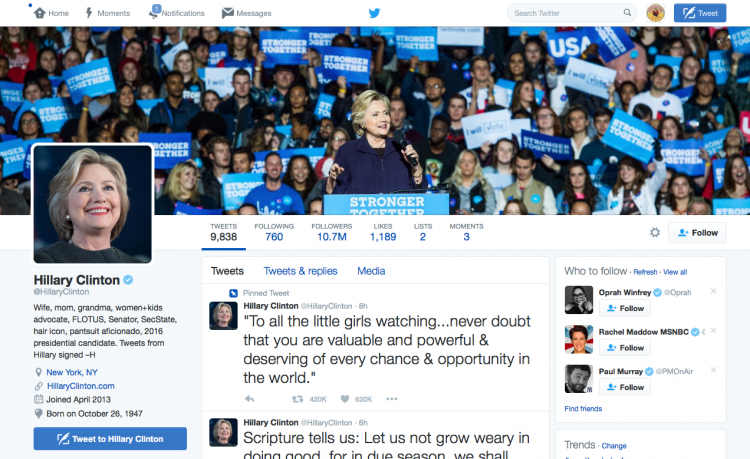 Once again here, Trump held a distinct advantage with massive numbers in the tens of thousands regularly turning out to his events, while Clinton was often lucky to get a few hundred.

Watching mainstream media, you wouldn’t have picked up on the discrepancy in attendances though with their tight shots of the podiums, but on social, people were posting the real story, showing massive stadiums full for Trump, while Clinton had half empty school halls. There were reports on social of her running mate Tim Kaine getting an embarrassing grand total of about 30 people to an outdoor rally in Florida! 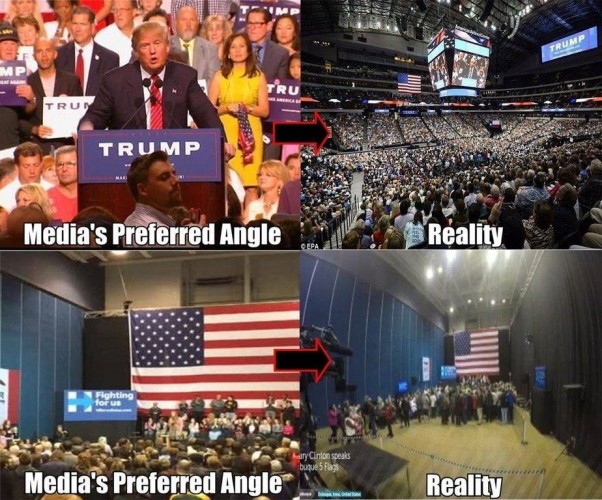 You need to break out of your own circle of friends to see what is truly the social sentiment in the ‘real world’. Most of us are stuck in our own filter bubble, mixing and interacting largely with people of our own age, same socio-economic groups, same geographical location, etc. They are mostly like you, but there’s a whole world out there!

Trawling public social and digital spaces like news sites and their social pages can be an eye-opener. Reading anecdotes from ordinary Middle Americans in comments sections can be telling.

I read of one person who drove a couple hundred miles from one county to another and saw loads of Trump signs along the way and only a handful of Clinton ones. He was concluding that it had to be an indication on which way people were leaning, and even he was questioning at the time where all these votes were going to come from that the mainstream media was telling us she had in the bag.

Interest in Donald Trump trumped interest in Hillary Clinton by a long way over the past 12 months in the US. A quick search on Google Trends would have told you this and been another indicator that the race was far from over. 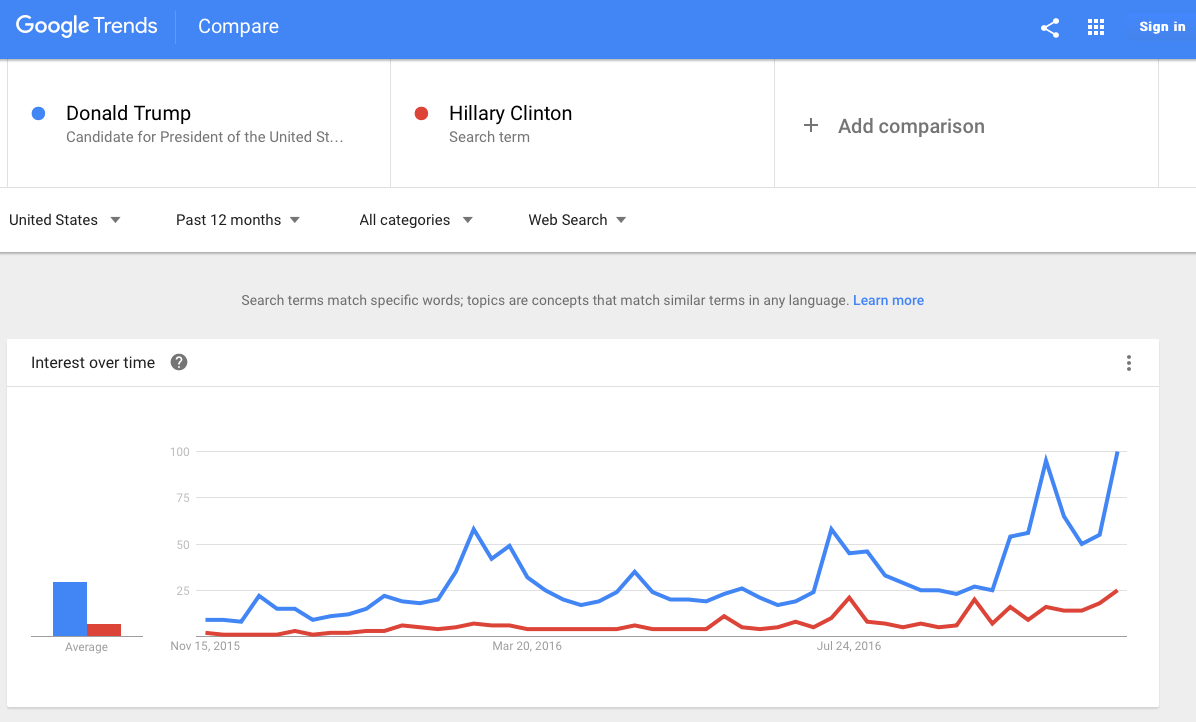