There has been a surge in start-up companies over the past few years. They’re full of young guns who’ve had an idea and have just gone for it. However, that has left larger companies vying for the limited talent coming into the industry.

This is the view of Pete Mitchell, global media innovations director at Mondelez International, who told the Ad:Tech conference in Sydney yesterday that new, young talent simply didn’t want to work the way their bosses had in the past.

“There is a huge change going on in terms of people coming into the work sector, certainly younger people, and their expectations of what it’s like to work and what it’s like to be in work practice,” Mitchell said.

“We have what’s called a start-up culture going on. And it’s significant. It’s not just the start-ups you might see outside, it’s endemic.”

Having your own product is not age-restricted either, as Mitchell draws on three pre-teens who already have their own app.

“It’s amazing just how willing we are to work in this space and how willing youngsters are as well,” he said.

“How do we look at this in terms of this start-up culture, lack of people coming into the workplace and then this huge competition for how we’re going to get them to come and work for us and our institutions?” 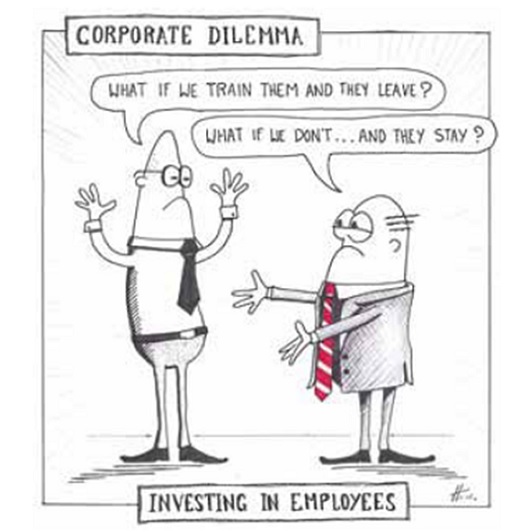 Mitchell further added that companies that have been around decades and decades are being crushed by the toddlers in the space.

“Companies are coming along in the last few years with a multi-capped value significantly higher than companies who have been around for a hundred years or more,” he said, exampling brands such as Levi’s and Bonds who are being “absolutely dwarfed by Pinterest, Square and Dropbox in a very very shot period of time”.

“We need to work in very different ways,” he said. “The idea that actually the old ways of working and the formal ways of structure of how we usually get people to entice and come and work for us has changed.”

In order to combat this issue of young talent not entering the established work-force, Mondelez launched its Mobile Futures program last year, where start-ups were partnered with well-known Mondelez brands.

“Working on mobile space and start-ups in the mobile have a lot to offer,” explained Mitchell. “We as a company have some dollars to invest in that, have started to bring these two things together.”

At the time of revealing the results of the initiative in December last year, head of marketing services at Mondelez, Anthony Ho, said: “Working with these incredibly innovative startups to challenge ourselves and embrace new thinking, we have been able to foster a culture of ‘intrapreneurship’ within Mondelez. The project has started the shift to make us more agile and change our thinking across all levels of the business.

“We’ve seen our brand managers start to embrace some of the startup qualities, which is making real difference in their day-to-day jobs in how they approach tasks, problem solving and collaboration with other teams.”

Mobile Futures started in Brazil and the US, then headed to Australia and will soon take place in China too.

Keen to hear more about disruption in the industry? B&T is putting Daze of Disruption for Adland to get their heads around all that’s changing.