Advertise with us
Posted 6 February, 2019


In this guest post, Confirmit’s APAC manager, Jason Mallia (pictured below), examines the Gen Zs (those born after 1996) and says they’re going to throw-up a whole myriad of new challengers for brands and marketeers…

It is not surprising that in an era of constant societal transformation and unceasing technological advancements that the transition from one generational bracket to another has also sped up. 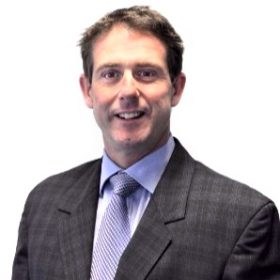 No sooner have researchers come to terms with Millennials and their customs and characteristics, then Gen Z are appearing on our horizon, ditching their school uniforms, and entering the adult world with their own collective traits.

Of course, any discussion about these conveniently labelled generational bands is nothing more than a generalization and, while it is easy to make these sweeping assumptions, understanding this emerging youth market is a little more difficult.

Gen Zs, born from 1996 onwards, are as Dr Jean Twenge remarked in her latest book iGen, a generation that has spent its entire adolescence in the age of the smartphone.

The result is a youth market that has attitudes and behaviours shaped by always-on smart technology.

Yet technology is just one piece of the Gen Z puzzle and, as with preceding generations, to successfully reach and engage with them researchers must understand what makes that generation tick both as a whole and as individuals.

Creating specific audience groups via generational brackets is important but this is a smart, complex group and to be successful researchers need to get a much deeper insight into its traits.

With higher expectations but shorter attention spans, it would be unfair to try to jam the members of this diverse and sometimes contradictory age group into just one category.

For example, while often more politically engaged and globally minded than previous generations, they can also be less rebellious.

These complex characteristics mean using standardised research practices does not always work and engaging with the youth market – including their older millennial counterparts – continues to be one of the biggest challenges for market researchers.

But it can be done. We can still capture the essence of this generation if we are willing to be agile and tailored in our research approaches.

The key is to use the channels already heavily embedded in the generation’s psyche, making engagement a natural process rather than a forced event.

Here, not surprisingly, mobile and social are critical. Generation Z is much more comfortable engaging via smartphone-based visual and digital means, regardless of who they are dealing with.

It is not just the channels that are important but the way in which they are used.

The abundance of apps that enable the youth market to instantly post, share and like, as well as switch quickly between tasks on-the-go, should form the blueprint for similarly-designed research apps and feedback mechanisms.

Replicating this ‘social’ approach allows researchers to not only record a moment in time, but also to capture attitudes, feelings and behaviours, all with relevance to the circumstances in which those feelings are happening.

We are also beginning to replicate the interactive ‘gaming’ world that Generation Z considers the norm, using technologies such as augmented reality to harness respondents’ willingness to interact via smartphones, tablets and other digital devices.

But even with well-designed programs, delivered via the best interactive channels, there is no guarantee of engagement.

That is because the youth generation is much more knowledgeable about the way their behaviours affect society, and how their participation shapes future action.

They know that their consumption impacts the environment; they know that their preferences impact family purchasing behaviour; and they are used to being involved in decision-making from an early age and having their opinions heard at home, school and in the workplace.

If they are being asked about something that has no value for them, they are simply not going to respond.

And while Generation Z has very high consumer expectations, they are much more willing to try new things as long as the product or brand values are right.

As a result, these agencies can deliver highly detailed insights that not only captures the feelings of a generation, but also the nuances of the groups within that generation, such as the specific subcultures that exist, or the influencers that affect different areas of individuals’ lives.

The openness of the youth market to engagement, albeit on their own terms, offers the chance to capture far greater insight than we have from previous generations. And the seemingly boundless technological and methodological options researchers have at their disposal presents a real opportunity to develop a new generation of research.

We just need to remember not to generalise what that generation is all about.