In this guest post, Atomic 212’s CEO Jason Dooris (pictured below) argues it’s hardly a case of a lack of audience that’s the problem for many traditional Aussie medias. Rather, the problem’s trying to turn audience numbers into big dollars…

The prospect of having the daily newspaper delivered is becoming something of a quaint notion. Most people wake up in the morning these days and reach for their phone, where they’ll get the daily news updates from either their chosen media outlet’s website or, increasingly, social media. 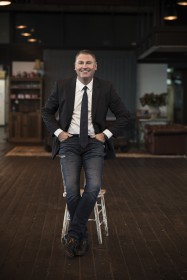 Rupert Murdoch once described newspapers as “rivers of gold”, although he famously noted in 2005 that “sometimes rivers dry up”.

But here’s the thing about the media mogul’s arid prediction: while the river that is traditional media is certainly not the raging torrent it was in the latter half of the 20th century, more than a decade later, the stream is still flowing.

There is absolutely still money to be found for publishers, the challenge is finding the way to stay sustainable and exploring new avenues to monetise audiences.

Many of the big media players – traditional publishers who these days are anything but traditional – have made serious waves in the digital space, with outfits like News Ltd, Fairfax and the ABC consistently finding themselves at the top of Nielsen’s news rankings with their respective websites, News.com.au, Smh.com.au ad ABC News websites.

And they’re not small-fry numbers being attracted to these websites either, with the top three each generally topping or at least tickling a unique audience of 5 million.

The problem that these websites present, however, is the question of how to best monetise that audience? Odds are these 5 million people aren’t also going out and spending a few bucks to buy the paper each day; while digital advertising has tended not to attract the same premium as print.

So, from whence does the stream flow?

Of course, the publisher’s oldest revenue stream continues to bare fruit, although advertising online now presents unique challenges – primarily, at the moment at least, via adblockers.

Pagefair’s ‘2017 Adblock Report’ found 11 per cent of the world’s internet users block ads, with Australia well ahead of the global average at 20 per cent.

Furthermore, the report found that while desktop usage is falling, adblock usage is continuing to grow on those browsers. But the real concern is the rise of the software on mobile, with 108 million extra devices using the software year-on-year.

And it’s not a flash in the pan either, with Pagefair CEO Sean Blanchfield noting, “For adblock users, adblock is akin to a firewall or antivirus, and it is here to stay.”

However, it’s not all doom and gloom, with the report reaching the conclusion: “Adblock usage is driven by specific problems with the delivery of online advertising, and is not a rejection of digital advertising itself.”

So it’s not that audiences are rejecting the notion of ads, but the way they are delivered.

It’s something that publishers should be taking note of: the internet, and especially smartphones, present a unique landscape to serve highly personalised advertising to audiences. There are opportunities to develop highly relevant content and messaging, which is less intrusive and offers value to audiences.

This is where the likes of native content, sponsored content, influencer marketing and content partnerships come to the fore. Despite adblockers, there will always be room for strong content. Provided it adds value, we are increasingly seeing that people don’t particularly care if it is sponsored or not.

The old model of just charging a premium for an ad to be on the front page of the paper isn’t going to cut it in this modern landscape.

After so many of Australia’s best-known news organisations had provided their websites free for years before attempting to raise the paywall, plenty of people were sceptical that the model would work.

An excellent analogy was made by Jill Poulsen of the NT News, when that particular publication introduced a paywall last October, as she compared the new financial imposition to the increase in cost of a McDonald’s soft serve ice cream from 30c to 50c:

“Were they bigger? No.

“Were they better? No.

But while that may have been the prevailing logic when paywalls were introduced around 2011, attitudes have softened like a 50c cone in the sun.

As Chris Mitchell noted in The Australian Business Review last May, “The Australian declared weekday digital subscriptions of 77,371 and relatively stable Monday to Friday print sales of 101,980. The Australian’s chief executive, Nicholas Gray, is confident digital subs are on the way to 100,000 and believes 200,000 sales a day across print and digital is quite achievable.”

Furthermore, growth has continued even after the weekly subscription cost more than doubled, from $3 to $8.

So what’s led to this acceptance of the Freemium model? At last year’s International News Media Association world congress in London, News Corp’s Victoria Turner gave credit to the companies that have upset the apple-cart: “People are willing to pay. We are seeing it becoming more common, with the likes of Netflix and Spotify,” she said.

“Our experience is that more people are paying more, for more content.”

Domain has long been recognised as Fairfax Media’s real estate brand, the place buyers, sellers and renters would head to make a buck or pick up a bargain.

But over the past two years, millions have flocked to Domain’s website for a slice of entertainment, with the property brand branching out and producing online comedy series Avalon Now.

Jen Young, Domain’s senior manager, content and social, said that the whole thing was a bit of a “fortunate mistake”. Originally a short film, Domain wrote a story about it that went gangbusters on their social channels, so they decided to take the leap and co-produce a series.

More than 2.2 million views later, a second series was commissioned, and Domain had found “completely new audiences that wouldn’t have considered Domain before”.

“People engage with these short films online and become advocates for Domain by sharing it tens of thousands of times, over and over again,” said Domain chief editorial and marketing officer Melina Cruickshank.

“We all love to laugh. Getting serious brand cut through via humour is a great space for us. Overtly selling messages through content isn’t effective marketing and won’t work, consumers want authenticity and relevancy. Subtle awareness is much more powerful. ”

Alright, granted eyes aren’t dollars, but an extra 2 million-plus sets of eyes on your website are certainly going to help with your next ad pitch, or to convince people that it’s worth paying for the content you’re producing.

The landscape has changed. Building an audience is still anchored in strong and valuable content and strategic amplification of that content. But these days, that’s only half the battle. It’s how you monetise that audience that makes you stand out from the crowd.