Haemorrhoids aside, if there’s one brief agencies actually fear landing on their desks it’s probably incontinence.

So, it’s hats off to UK agency Mother London on a new TVC for women’s health start-up, Elvie.

According to Elvie, almost half of British women suffer from some sort of incontinence, particularly after giving birth.

To combat the stigma and promote its smart Kegel tracker, the ad stars a fun-lovin’ lady called Bobo and her sidekick Bladder who, on occasions, can’t always control himself. Check out the wonderfully hypnotic spot below.

As part of the campaign, Elvie had planned to fly a giant blow-up vagina with the words “Let Fanny Fly” over the Edinburgh Fringe Festival to promote women’s pelvic floor health.

Sadly, however, the idea failed to take off with local councillors and was promptly banned. Check out the flying fanny below: 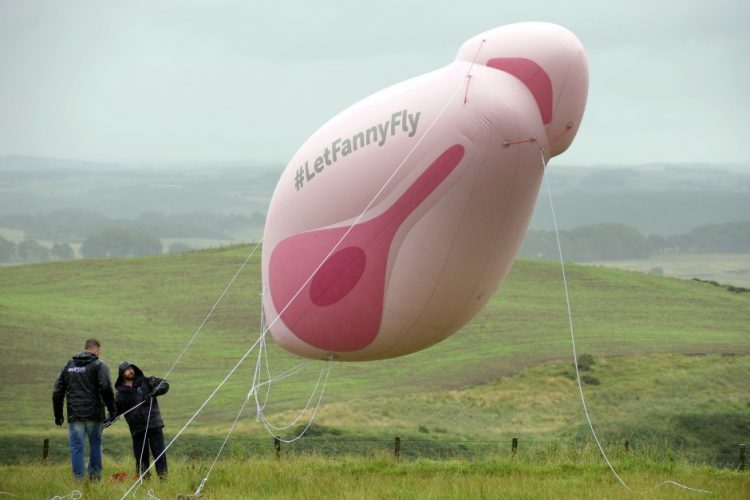 Commenting on the giant inflatable vagina, Elvie CEO Tania Boler said: “The reality is that pelvic floor issues are extremely common, affecting almost 10 million women in the UK. Yet, there is a cloak of silence shrouding this topic. It’s overlooked, or worse, treated as taboo and something to be ashamed of. We came to Edinburgh Fringe because we believed it was one festival that would not let taboos dictate their agenda.”

“The fact that our campaign has been banned because it involves a part of a woman’s anatomy shows that taboos around women’s health still run deep in our society. Vaginas are nothing to be ashamed of, half of us have them. And that’s hardly fringe now is it?”