Created with the help of Y&R, the campaign aims to raise Menulog’s brand awareness and trial among new consumers, while driving frequency among existing customers with specials and loyalty discounts.

It features a series of short films, radio and digital content, with Goldblum in different situations tailored to suit broadcast, out-of-home, digital and social platforms.

The campaign also included his initial stunt of delivering snags in a Sydney food truck. 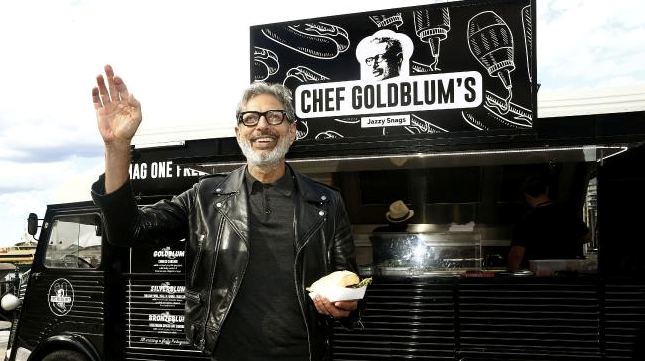 The next three TVCs for the campaign are set to launch in the coming weeks. Aussies will also be treated to the unscripted musical stylings of Jeff in Menulog’s radio advertising, which is on air now.

Menulog’s head of marketing, Tasman Page, said: “We’re so proud of this campaign and we think it’s something that will really resonate with Australians.

“We’ve all experienced the pain of trying to order something over the phone and yet only 20 per cent of us order online. We wanted to create a campaign that spoke to this issue in a really humorous and memorable way, and Jeff certainly helped us do that.

“Jeff’s personality, in his unique sense of humour and openness really allowed us to push the boundaries across all creative elements. His star status in everyday Aussie situations is a hilarious moment in itself, but when you add in the ingenious concepts from the team at Y&R, you have a really exciting campaign.

Y&R’s executive creative director, David Joubert, said: “We worked around the clock since winning the business back in March to secure two very talented professionals in director Jeff Low and Jeff Goldblum.

“We always knew that together, they would help us create a conspicuous campaign that would capture Australia’s attention and work its pants off for our client.”