With just over a week until election day, Google’s interactive AusVotes Election Map is back to provide some of the most important information for the big day—like where to vote, how to get there, and who’s on the ballot.

Plus, it has live data to show you where to snag a sausage sanga.

From today, Australians can visit g.co/ausvotes to find polling booths near them along with details about accessibility. Simply enter your postcode, suburb or electorate and voila—you’ll see all your local information.

Thanks to Democracy Sausage, you’ll also be able to see if there’s a sausage sizzle or cake stall at your local polling booth.

Enter your suburb or electorate below and see if you’ll be snagging a snag on Saturday.

Twitter, on the other hand, has launched a special edition DM chatbot to bring voters all the vital information they need before hitting the polls on May 18.

You can get involved by simply heading to @TwitterAU, clicking on the DM button, and our #AusVotes2019 chatbot can help with all of the following: 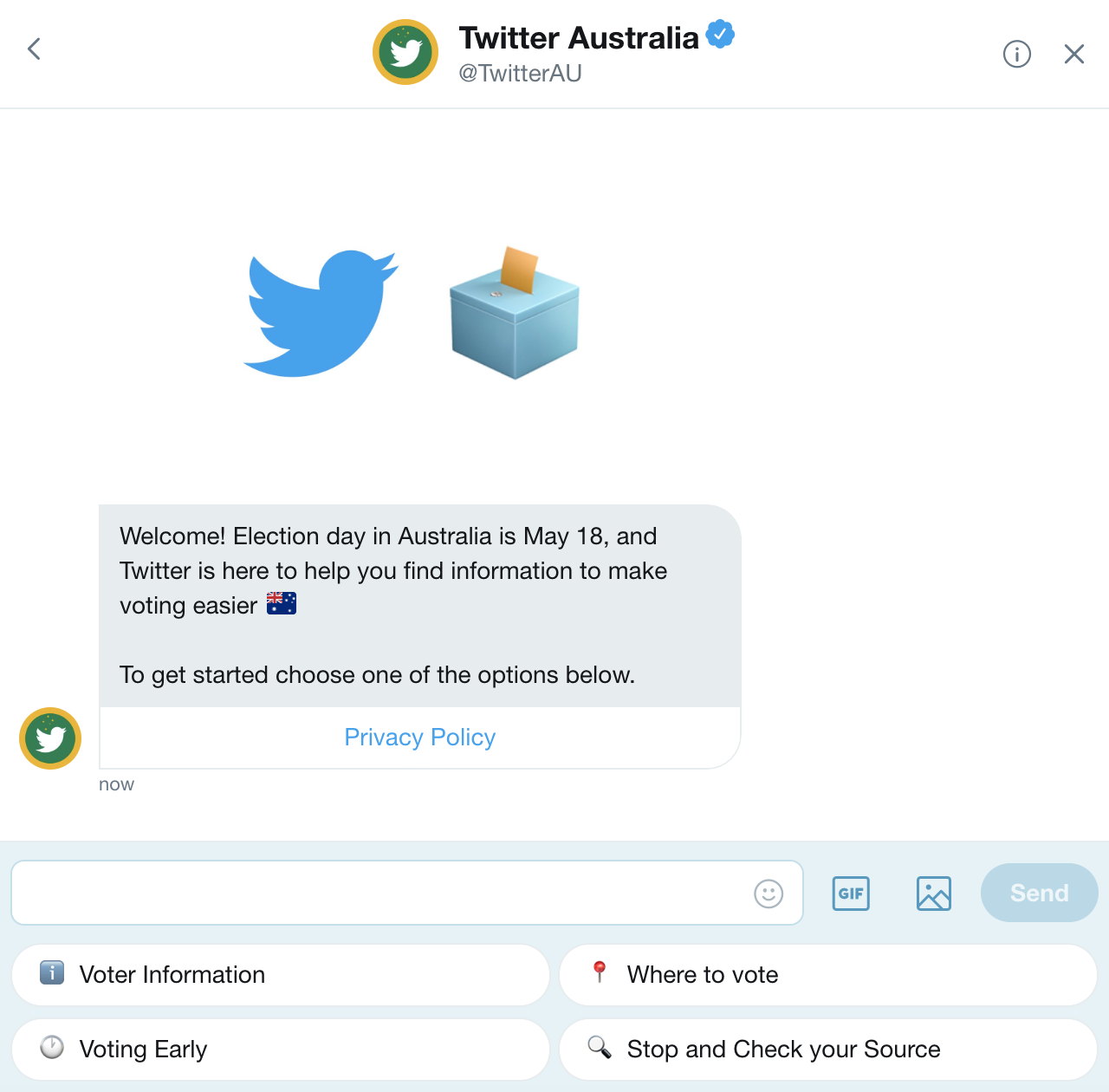 Twitter’s bot comes at a time when a quarter of Australian Twitter users are not firmly decided yet on who has their vote this weekend.

Twitter surveyed 1,061 Twitter users and non users in Australia about their outlook regarding the upcoming Federal Elections and their usage of various media sources for political news and information.

Here are some key stats: