Calling all movers and shakers:On the 27th of September, the second Good For Nothing event will hit Sydney and this year they’re out to help support social enterprise.

Founded over four years ago in London, Good For Nothing is a growing global community of thinkers, do-ers, makers and tinkerers applying their skills and energy to accelerate the work of local grassroots social innovators. For free. The idea is to simply support social enterprises with skills they couldn’t normally afford, delivered through hackathon style events. 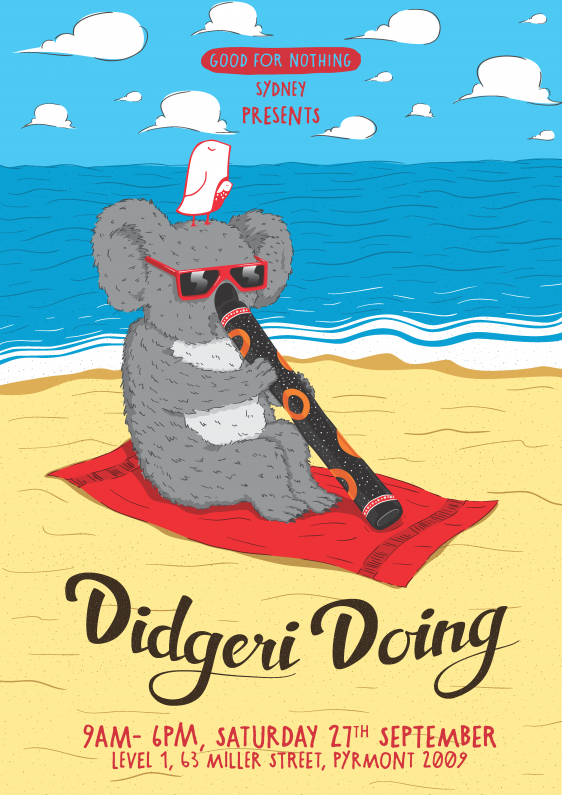 Today, Good For Nothing is active in over 20 cities around the world. Spreading like wildfire via a sort of free, goodwill franchise model. Earlier this year, in March, the Sydney chapter was opened by Craig Adams and Carl Moggridge. Over 50 people from the communications industry gave up their weekend to help people with ideas for a better world, to turn them into living, breathing projects. They built entire websites, created brands from scratch, developed site plans and UX, wrote scripts, storyboarded short films and wrote go to market strategies. All in less than 48 hours. And importantly, all for free.

This week Good For Nothing was voted by The Observer & Nesta as one of Britain’s 50 New Radicals – a compilation of individuals and organisations changing Britain for the better. With the second gig just around the corner – a one-day event kicking off at 9am on September 27th – the guys are currently out searching for people that have the skills and passion needed to get stuff done. They’re after strategists, communications specialists, marketers, web developers, writers, designers, artists, researchers, coders, UX folk, creatives, ideas people, technologists, the works. They have two fantastic projects to let people loose on: The Angel Place Project, which is about aligning the supply of unsold hotel beds with the demand for beds by those who are at risk of homelessness, one hotel at a time. And, Machinam, which is a fascinating project exploring how get more school kids into mathematics and science through inquiry based learning.

If you’re feeling inspired and keen to get involved, then more information and registration details can be found by visiting the Good For Nothing Sydney event page, emailing the guys at sydney@goodfornothing.com or Tweeting them @GFNSydney.