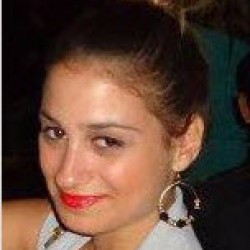 
The first comprehensive snapshot of Australian bloggers has found that blogging has become a lucrative business, with 70 percent earning money from their blogs and most diversifying to extend this windfall.

The Catablog.com.au survey found half of the bloggers earning income consider it extra spending money, while 20 percent said their earnings were equivalent to part time work and 11 percent fulltime.

“Many bloggers make money from sponsored posts but they highlighted there is still no industry standard on cost,” said Catablog.com.au co-founder, Janyne Moore.

“Bloggers with a large audience often charge $2,000 for a sponsored post and I know one fashion blogger who charges a minimum ad spend of $50,000 – but when she posts, clothes fly off the racks.”

According to the Catablog survey, despite these earnings, it was connecting with people that bloggers rated the most satisfying aspect of their work.

“Not one blogger spoke about money when they were asked what they love most about blogging as it was all about helping and inspiring others and creating a community,” Moore said.

“Jo from Quirky Cooking played a prank with her Facebook community on a friend, who had just started a page about coconuts, asking them to head over and like it. Her friend went to bed at 9pm excited she had 100 likes but when she woke up, thanks to Jo and her followers, the coconut page had more than 8,000 followers in less than 12 hours!”

“I think there’s a real shift in the blogosphere, with bloggers hungry to learn more about their trade, perfect it, diversify, reach more readers and grow their community,” she added.

“Bloggers understand their influence and they are being more pro-active in reaching new readers by releasing e-books, podcasts, workshops or becoming brand ambassadors.  More than half are now approaching brands and publicists instead of waiting to be contacted by them,” Moore said.

“Sammy and Bella, the My Kitchen Rules winners (2007) have diversified to capitalise on their celebrity and influence.  They blog about food, have created their own sauces which they sell online, they are TV hosts, hold cooking classes and also offer catering services.

“The engagement with their audience is what is driving bloggers to want to earn an income because, if they can earn money, they can ditch their other job and do what they love doing most and that’s blogging fulltime.”