Have you often wondered what’s inside the goodie bags taken home by Logie attendees at the end of TV’s night of nights? Well, a few very sad people aside, we’re quite certain most normal people haven’t even given it a moment’s thought.

But with TV’s gala event on this Sunday night up at the Goldie, it’s now been revealed what lucky guests will receive post the awards handout, C-grade entertainment and the beef or fish option.

The Daily Mail has revealed this year’s satchel contains a tidy $1500 worth of goodies; however, that’s well down on last year’s showbag that reportedly tallied closer to five-grand. 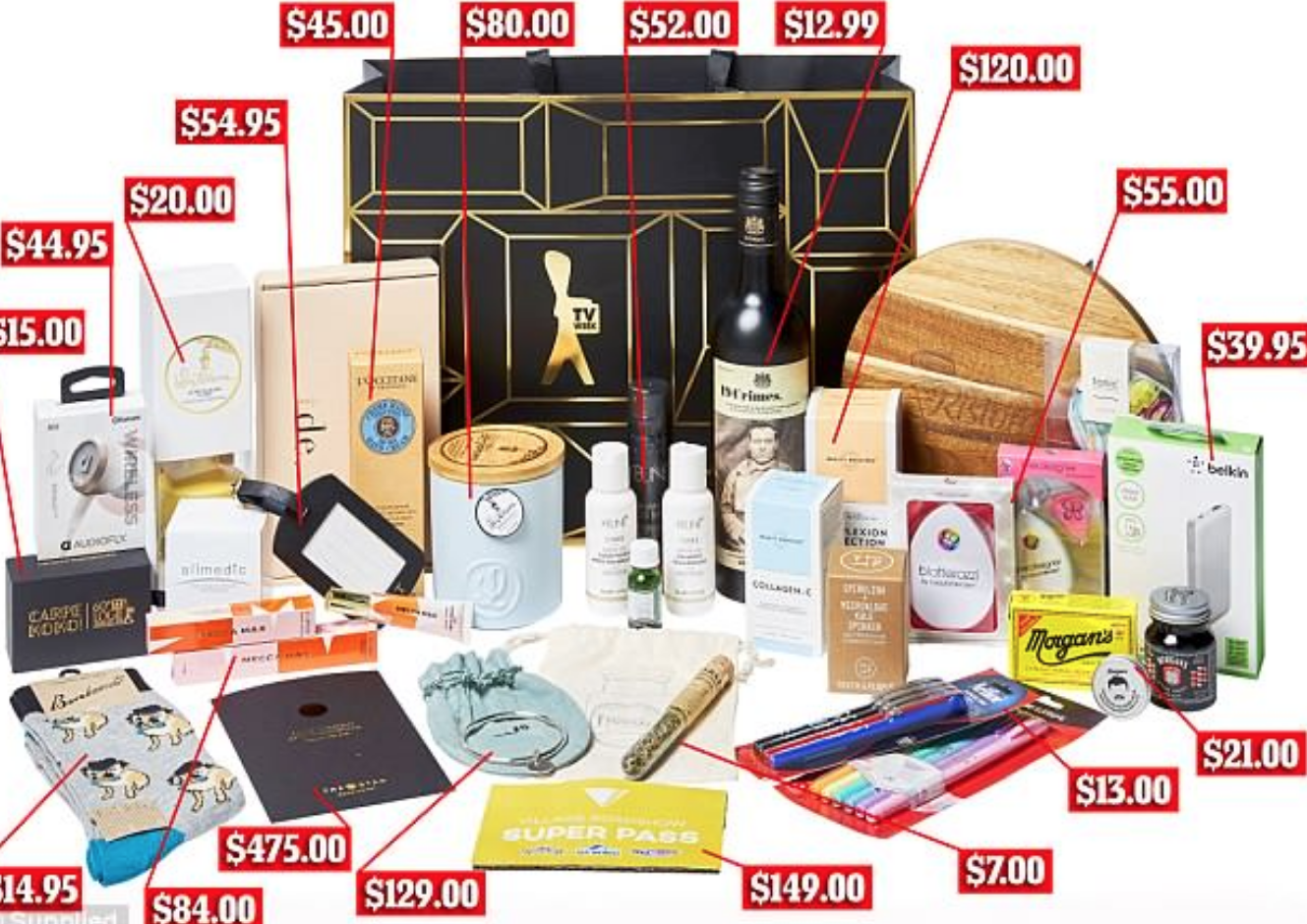 Apparently 2017’s bag contained a gift card for a Bali getaway, but this year guests will have to make do with a one-night stay at The Star on the Gold Coast.

They’ll also be able to take in all of the Gold Coast’s amusement parks with a $149 Village Roadshow Super Pass.

The packs also include skin-perfecting serums and rejuvenating face masks, ideal for those on-air presenters. Plus, chocolates, booze and (judging by the picture above) what appears to be a pack of $7 pens.

And this year’s event is not without its controversy. When it was announced the event was to move from its traditional Melbourne home to the Gold Coast, Karl Stefanovic railed he refused to attend before being made to attend by Nine bosses.

Last week, Stefanovic then attacked his Sunrise rivals who are an apparent no-show this year, calling them “too good” to support the industry and “boring”.

Sunrise’s David “Kochie” Koch later responded to the taunts saying he didn’t see any value in “getting on the grog with a bunch of TV people”.

Koch adding: “We just look at our ratings, that’s our Logies. We’ve had 13 consecutive years. We’ve always scratched our head at how the Logies are decided and judged.”