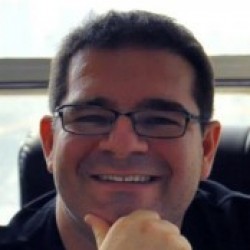 
The jury is still out as to whether the anti-Facebook site Ello will trump its competitors. However Digital Jungle’s Matt McDougall says it may be one of the few social media platforms Aussie marketers can use to tap into the Chinese market.

Launched in March 2014, Ello is the latest social network offering something different to the online population. Ello distinguishes itself from competitors and Facebook in particular, as a social network that will not sell your information and declared that their members are not products.

The site initially enjoyed steady growth in its first few months. However, in September the social network began to receive 30,000 sign-up requests each hour. This was primarily attributed to Facebook’s enforcement of their real name policy.

Many are questioning, however, whether Ello can realistically maintain its ad-free and data protection policy permanently as they continue to grow and attract investors. It also raises the question to marketers whether this is a message from consumers to change their marketing methods. Following the recent banning of Instagram and the on-going exclusion of Facebook, can Ello be one of the few Western social media networks to capitalise on the lucrative Chinese market?

Does This Mean Marketers Should Change Their Social Media Strategy?

While the obvious factors attracting users to Ello are its anti-advertising guarantee, the data protection, and the lack of a real-name policy, marketers should also see the sites rapid growth as a sign to re-think their marketing strategies.

It is clear that social media users are tired of being confronted by adverts. Ello is a platform that forces brands to become more creative when trying to connect with their audience. Ello was actually established by artists and naturally has attracted a highly creative followership. While this may change as the site continues to grow, marketers can take advantage of the sites primarily creative user-base. Instead of simply presenting adverts to them, marketers can try and learn from the users and even try and encourage the users themselves to create material.

Many users already share products from their favourite brands with their followers. Marketers can expand on this by introducing competitions for members to use their creativity and form unique ways of presenting their favourite brand. If for example one member was a painter, who liked a poster for an upcoming film, they could paint their own promotional poster for the film and share it through Ello. The user input will give the poster a more in-touch feel and may even surpass the original in views or popularity.

There is of course a risk in encouraging the online community to create original content. The material could be offensive or simply inappropriate for your corporate image. The simple solution is to require submissions to be made to your company and following approval you can release the material through your company website, and link viewers to the creators’ social media page.

Is There a Demand for this Type of Network in China?

This vast market has been largely impenetrable by Western brands and marketers, who either do not dedicate enough time to specialised Eastern campaigns or have been unable to connect with Chinese consumers through Chinese social media platforms.

Due to the long-term blocking of Facebook, and the recent banning of Instagram, Western marketers have largely been forced to rely on domestic Chinese social media sites to connect with consumers. Ello could provide a solution to marketers; however, the question is whether Ello will even survive censorship. Increasingly China’s blocking of most Western social media sites is being viewed as a way of protecting their own business interests and ensuring they can maintain a dominant positon over their own market.

If Ello does survive censorship, then it could provide the perfect opportunity for Westerners to connect with Chinese consumers. The site will be more comfortable for Western marketers to use and will give them a greater deal of confidence to interact with their audience.

Ello also offers numerous features to its users; it is not simply a video-sharing site, or a microblogging site. This is again attractive to Chinese social media users who look for variety in their social media sites.

There is also speculation to how long term Ello’s lifespan can realistically be. While few doubt the sincerity of the network and believe that it genuinely wants to offer its members an ad-free and safe site, they also wonder if this will ultimately lead to its downfall.

Most industry experts are concerned that investors will ultimately prevail and the company will succumb to sharing data. The founders of Ello have stated that this would be professional suicide as their data protection policy is one of the key founding principles of the site, if Ello betrayed this then they themselves have acknowledged that the majority of their users would disappear and they themselves would leave the site.

Ultimately, the site may need to slowly enforce subscriptions to its users. This could either secure its future or result in its demise. In the West it is unlikely the majority of social media users will opt to pay for Ello when they can use Facebook, Twitter, Instagram, and most other social media sites for free. This could, however, enable Ello to maintain a strong niche market of artistic individuals. This could ultimately be positive for the site as they will be able to focus in on their specific demographic and will be able to continue offering a unique and truly independent site to its followers.

While the future is currently hard to forecast for Ello, it certainly has given marketers and the social media landscape a wake-up call. Marketers can use Ello to learn from their consumers and adapt fresh and original ways to re-connect with their consumers.

Matt McDougall is the CEO of Digital Jungle.