BONDS Ambassador and AFL super star, Dustin Martin, has teamed up with a Tiger for BONDS AW19 mens underwear shoot.

The daring shoot launches across Australia this week and reflects the palette of jungle tones, camouflage prints and textured waistbands, each pair made from BONDS soft cotton, with a focus on comfort.

Pi the Tiger, who’s name translates to ‘strong and noble’, walked alongside Dustin Martin as he showcased his strong physique and signature ink in the commanding stills and video campaign which champions BONDS jungle inspired underwear.

Accustomed to the mental and physical preparation for an AFL match, the Richmond Football player was a natural in front of the camera and completely at ease taking strides alongside Pi. 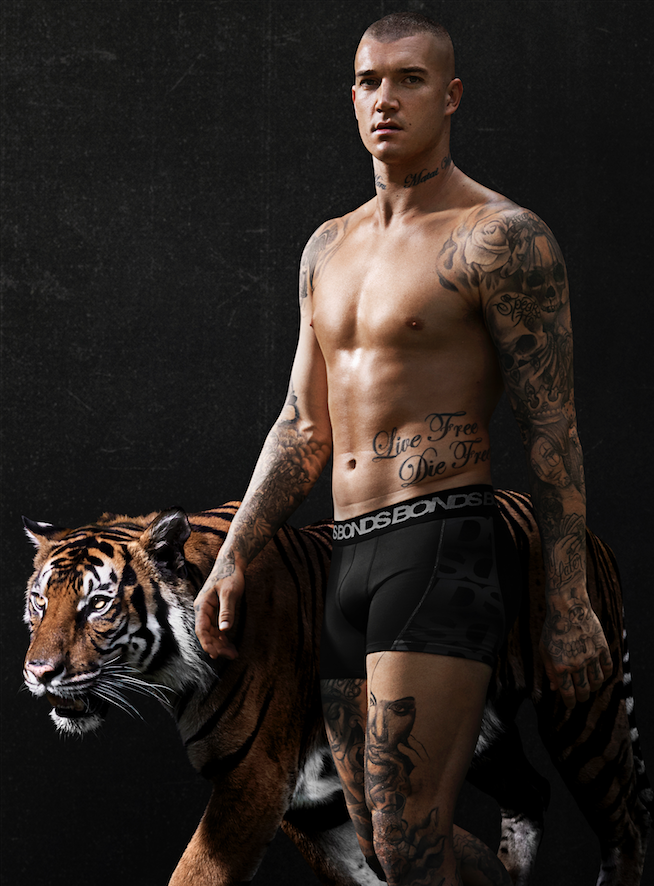 Bonds head of marketing Emily Small said: “Dustin was great. When we discussed the Tiger idea, he was really excited.

“It’s a great way to showcase his athleticism and our Bonds Jungle inspired print undies, alongside one of the worlds most amazing animals, the images are power.”

The men’s underwear and apparel collection launches January 21 and will go live in-store, online and digital.