We constantly hear chatter in the industry about big data, but this morning’s key lesson from the 2016 Global Loyalty conference is that marketers should also pay attention to the small data.

Speaking in Melbourne this morning, Mo Bhargava, GM Sales and Marketing for Village Cinemas Australia recommended spending time with your customers and understanding the reason they’re using your product. 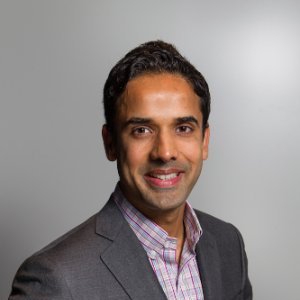 Bhargava argued that cultural diversity should be a genuine consideration when designing customer loyalty and experience programs. According to the Australian Bureau of Statistics released figures earlier this year showing that more than a quarter of Australian residents are born overseas. Bhargava shared that about 18 months ago, they had started dabbling in this approach at Village, specifically targeting a growing audience segment: the Indian community and Bollywood fans.

Village Cinemas first attempt involved creating a bespoke offer to target Bollywood fans. The content of the films tended to fall into the romance category with no movies aimed at the kids market so Village created promotions around the idea of ‘date nights’ or ‘girls nights out’. Unfortunately results were poor and the messages didn’t seem to be resonating with their target market.

The next step was to do something that Bhargava described as revolutionary: they went and spoke to their customers. The team tried to really understand the key drivers for movie going within this community by interviewing members of the community themselves.

One key insight came to the surface. According to individuals within this community, movie going was seen as a family outing all year round (not just within or outside school holidays). Attending the cinema was an entire family affair including grandparents, cousins, aunties, uncles, parents and kids.

This was surprising to the Village marketing team. They couldn’t imagine a six year old going to watch what looked like an adult film to them. The next step was to completely shift their original approach creating retail offers that was all about the family experience.

And the results suggest that this approach has been successful.

The Indian cinema year-on-year growth was previously sitting around 3-4 per cent and is now growing at 20 per cent per annum, the fastest growing genre in Australia with no signs of slowing. It’s also been a key recruitment channel for Village to bring this community into the broader business as evidence has shown that those consuming Bollywood films are also increasingly consuming other western films. In fact, this community have the highest frequency of cinema attendance.

CEO & Founder of BrandHook, Pip Stocks talked about how businesses are still struggling to keep up with ever-changing consumer behaviour. Evidently the path to purchase has changed and Pip talks about grappling with the “chaos of the consumer wanderings” which are “frantic, dynamic and crazy”. No wonder marketers have difficulty in understanding their consumers. 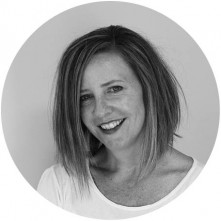 When it comes to building loyalty and creating an emotional bond with customers, Pip quotes co-founder and CEO of InSites Consulting, Kirstof de Wulf “People don’t want more rewards or points, they want brands to help them in their everyday lives by offering exclusive or personalized benefits, symbols of belonging, or unexpected surprises.”

But in order to go beyond a functional loyalty system (swiping cards to build points), brands need to understand their customers’ habits and moments of friction to really build emotional loyalty.

Big data is useful here but Pip argues that the small data is also crucial. Beyond what the digital dashboards can tell you, you can also learn a lot from “ferretting around in wardrobes, opening fridges, and looking around a living room” and this is often where you can find the opportunities to build emotional loyalty. Pip reminds us that marketers should also feed these offline lessons into how you connect and communicate online.

The BrandHook CEO advised: “When you ask someone a question, you get a rational response. Spend some time with your consumers and find the reality of what they’re dealing with. Have a look around the living room and you can see what they’re spending their money on and what’s important. Small data is critical to understand the cultural world in which we live, to get the granular data you need to build emotional loyalty”.

The key message from the morning is that small data is important. In order to build customer loyalty, brands need to understand their customer beyond the big digital data points and connect offline behaviour and research to really understand consumer habits and pain points.