The campaign created by Brazilian AlmapBBDO encourages adoption by comparing a dogs’ love for fetch, bringing back hope and love for their humans.

According to the World Health Organization, 5.8 per cent of Brazilians suffer from depression.

In that state, it’s common for people to think that life has no meaning and that whatever they’ve lost will never come back.

But many of those who are ready to give up on hope and throw away their will to go on eventually find love and happiness brought back to them in a very simple way: the presence of a dog in their lives.

To reinforce the positive effect that dogs have on humans, PEDIGREE turned to the most common game between a caretaker and their pet: throwing something for the dog to fetch and bring back.

The brand used this playful activity to launch a campaign encouraging adoption, with creative development by AlmapBBDO.

In addition to an animated short, telling a beautiful, poetic story, the initiative included the creation of a line of fetch toys emblazoned with the words “love,” “happiness,” “life,” and “hope,” which were sent out to influencers and people who had recently been through a difficult experience. 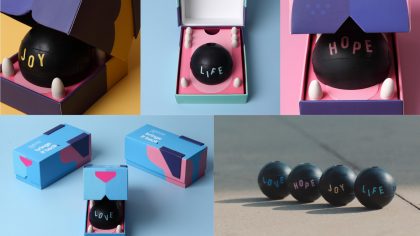 Whenever one of them threw “happiness” far away, for example, they’d find their faithful dog bringing it back.

With this simple analogy, PEDIGREE seeks to create even more awareness about the importance of adopting a dog, showing just how much happiness they bring to our lives.

PEDIGREE Brazil marketing director, Gabriela Faria said: “Adopting an animal is an act of shared love – the adopter also receives a number of benefits in exchange.

“Studies from the Waltham Centre for Pet Nutrition, for example, show that pets can benefit your health, reduce stress, improve senior citizens’ quality of life, and help children’s development.

Title: A DOG BRINGS IT BACK