Global movie and media company Disney is the world’s most authentic brand according to PR and comms firm Cohn & Wolfe’s Authentic 100 list for 2016.

Check out the fill list here. The survey comes a week after another survey named watchmaker Rolex as the most reputable brand on the planet.

The top 100 was compiled from the replies of 12,000 consumers across 14 markets measuring seven attributes of authenticity, including whether brands are “reliable, respectful, and real”. It found that 75 per cent of respondents believed “brands and companies have a credibility problem”.

Cynicism towards brands appeared highest in European countries. Only seven per cent of those surveyed in the UK, France and Germany described brands as “open and honest”. In the US, it was 23 per cent while in China 36 per cent had faith in brands.

Cohn & Wolfe’s spokesperson Lynn Fisher said: “There’s more forgiveness and more optimism about what brands and companies can deliver in those (emerging) markets. They can give the benefit of doubt to brands and companies. That being said, in Western European markets, consumers are more jaded, more cynical, and less able to give the benefit of the doubt. But there are companies and brands that do well there.”

The list also found that authenticity weighs significantly on how consumers interact with a brand, with 90 per cent of respondents saying they’re willing to reward brands for being authentic, while 20 per cent said that they’d be willing to invest in such brands.

Disney was the highest ranking brand for authenticity followed by BMW, Microsoft, Amazon and Apple rounding out the top five. The top 20 companies on the list were as follows: 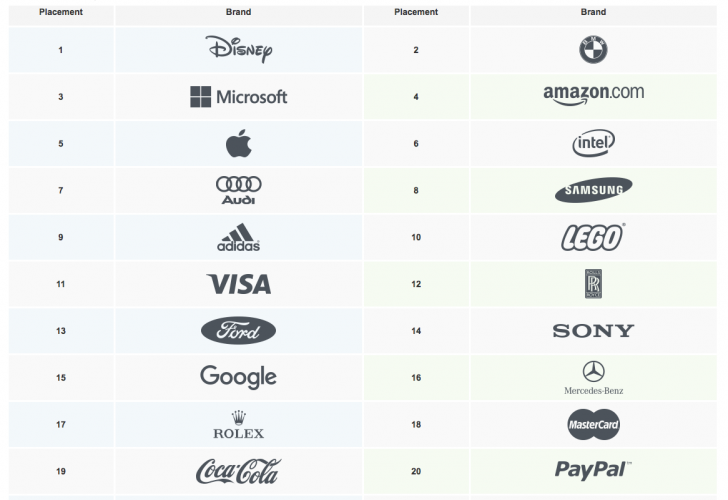