Dentsu Aegis Network (DAN) has today launched the Australian chapter of MKTG, uniting its sports marketing and activation brands under the global moniker.

Green told B&T that as soon as DAN acquired MKTG in late 2014, she had the opportunity to meet the group’s now Global CEO Charlie Horsey and immediately struck up a conversation with him about wanting to put activation and lifestyle marketing on the world map.

“He had these visions of going global and I was really excited by that so I bought into it immediately. It’s always been a dream of mine to be part of something global and really put what we do as an industry on the world stage, so it’s super exciting,” she said.

MKTG launched in the US in 1991 and was acquired by DAN in 2014. Since that time, DAN has been rolling MKTG out globally as it platform for lifestyle marketing. Australia is the 17th country to open an office and New Zealand will be the 18th on Monday.

Connell told B&T that there has been around six months of work before the launch. “We saw a unique opportunity to really lead the market in lifestyle marketing, with sport being a significant part of that. We had the capability in the business, but they were running under two separate business units so it made sense that those two units came together as one and MKTG was the right fit for that to happen.”

Both Green and Connell spoke of the growing desire for brands to reach really passionate audiences as a huge opportunity. Connell believes DAN already has some of the most highly valuable assets delivering brands the opportunity for scale and reach for big, passionate audeinces.

“As we transform from Team Epic to MKTG, we bring some really premium value sport assets, which is unlike any other sports marketing outfit in Australia as far as I’m concerned.

“MKTG is a 10 years rights partner with the AFL, which gives us exclusive venue rights and signage rights at the two leading Victorian venues – the MCG and Etihad Stadium.

“Similarly with Cricket Australia, we run their national signage program and we’re a 10 year rights partner with them.”

Both agreements are only into the second year of their ten deals. MKTG is also a rights partner with Football Federation of Australia.

The value that on ground signage and activations brings is in the unique position of being unaffected by the continuing splintering of audiences.

“From day dot, the reach through broadcast has been the main currency. As media consumption evolves, the exposure is more diverse. It’s not just about broadcast anymore. It’s only evolving, but unlike other media, our opportunity only gets stronger as consumption increases across different platforms,” said Connell.

“The most premium real estate in any game is live and wherever the vision goes, our asset goes with it, it’s part of the game until the end of time basically,” he added.

Green said that a large part of the months of work behind the scenes had been in educating the 100-strong local team about the new movement of lifestyle marketing. She says the newly formed group has five key pillars that underpin MKTG and lifestyle marketing for us here in Australia.

The five pillars are:

“There’s no other agency in Australia that can offer those five key pillars with a full service team backed behind them,” Green asserted.

“We’re finding a really big shift in budgets from above the line to below the line, but what we’re seeing more and more now, the ideation can come from our space and the media and advertising creative agencies can all buy into it as well, so we work more as an ecosystem together in creating solutions for clients rather than working in silos apart.

DAN operates under a one P&L mentality, said Green. “I’ve worked in other networks where it’s all about cannibalising each other within the group,” she said.

“Obviously with some of the activations that we do, we’re doing them to masses, but really it’s about holding the individual at heart, treating them like a human being, not talking about them like they’re a target or a shopper . . . a grocery buyer, all the terms we use in the industry.

“At the end of the day they’re individual, they’re human and they’ve got passion points and that’s what we really want to tap into.”

Green referenced global CEO Charlie Horsey saying that he believed that in this digital age filled with machines, robots and things like that, “we’re going back to the simple fact that we’re human beings and we have emotions and we want to tap into creating those special moments around joy and passion, excitement. That’s what makes us tick and get up in the morning and get out of bed. It’s not grass roots, but going back to the basic needs of a human being and making sure that brands tap into that.

To mark the occasion, MKTG has signed on as Principal Sponsor of The Ministry of Sports Marketing 2016 being held 19 July 2016 at Randwick Race Course.

The full announcement from DAN is here:

Leveraging the collective experience, resources and talent of the former ApolloNation and Team Epic teams, MKTG will look to lead in lifestyle marketing across the key service pillars of Retail & Shopper, Live & Experiential, Sports & Entertainment, Enterprise and Creative & Innovation.

The launch of the MKTG network brand in Australia makes a statement to the market with brand now scaled to 30 offices across 17 countries globally and over 1,450 specialist Activations staff with headquarters in New York.

Simon Ryan, Chief Executive Officer of Dentsu Aegis Network, ANZ said, “The Team Epic and ApolloNation teams share great synergies, and as we combine to become MKTG in Australia, our goal will be to be the best experiential, sport and entertainment lifestyle marketing organisation in the country.”

“This is an exciting chapter in the evolution of our Group and its global vision, and demonstrates our commitment to continually re-shaping our offering to provide the best value possible to our client partners.”

Charlie Horsley, MKTG Global CEO said, “We have developed a strategy to ensure we not only continue moving forward into the future as leaders in lifestyle marketing, but remain as pioneers in the transformation of our industry. 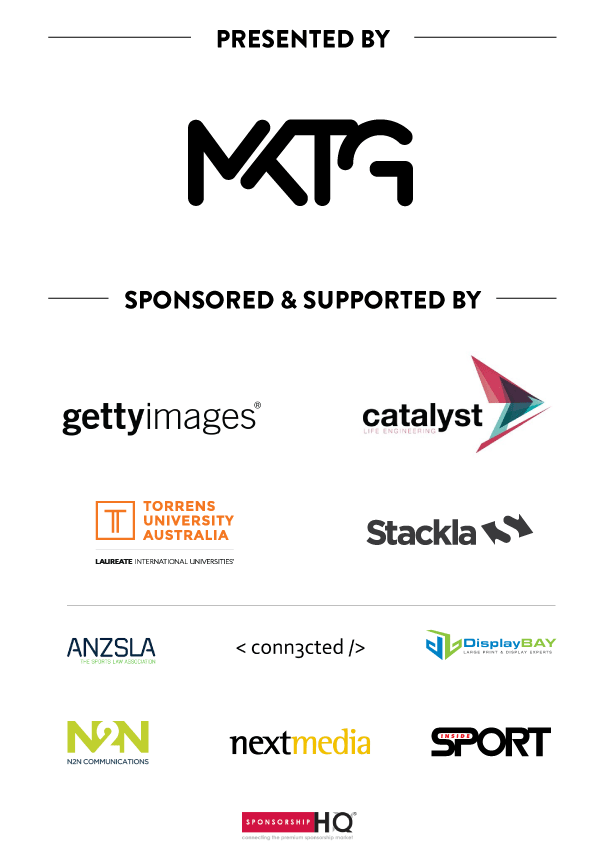