Fairfax Radio Network has a five year broadcast rights agreement for the Australian cricket seasons that delivers the most comprehensive radio broadcast coverage of live cricket in Australia. 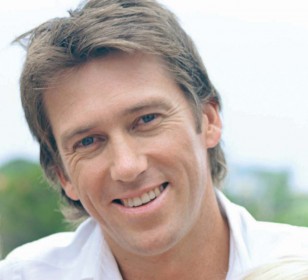 Rackemann, who made his Fairfax Radio Network commentary debut in the Australia-England one-day international at the Gabba last summer, will have a more prominent role with the Fairfax Radio Network team in 2014-15, commentating on many Big Bash League games, including all Brisbane Heat matches at the Gabba, and a selection of international fixtures on the eastern seaboard.

The ball-by-ball coverage across all forms of the game will be anchored by broadcasting icon Tim Lane, Bruce Eva, head of Fairfax Radio Cricket and the doyen of English commentators Henry Blofeld.

“If our listeners thought Fairfax Radio’s summer of cricket coverage was captivating in its inaugural year, this season it will be even stronger with the addition of Glenn McGrath to our team. We are thrilled with the depth of experience and talent of our commentary team, which makes our network a true cricket destination,” Eva said.

Fairfax Radio Network’s 2014-15 cricket coverage begins with the Australia vs South Africa International T20 match on November 5, 2014 at the Adelaide Oval and will cover the entire cricket season.