Douglas Nicol is partner at the independent creative agency The Works, plus he’s speaking at Daze of Disruption on the 19th and 20th of September. Here he tells B&T about the rise of AI in agencies, why it’s still as much about the ‘art’ as it is the ‘science’, and why it’s the end for lazy marketers…

The Works are a creative agency with data at its heart. Do you think too many agencies have been late to the data phenomenon and to their detriment?
Yes, there can be a fear of data amongst the creative community and that’s because they see it as potentially forming a ‘formula’ for creativity; they feel that anytime you try and get a creative person to work to a tight formula is the day you actually weaken the creative process. At The Works we think of data purely as a description of a human being. Data is no more than a description of our behaviours, our needs, frailties and our habits, and once you think of it like that the more enlightening it is and the more inspiring it can be. 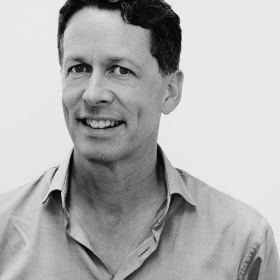 Won’t data make all the ads look the same? The Works, as an example, have Jim Beam, wouldn’t the data be the same for every person who drank bourbon no matter which brand?
It’s not just about that. If you look at the data you can also see how and where they follow trends, and they will make up trends, it’s ever-changing. It’s not like consumers are a consistent and predictable group of people. Today’s consumer is far more surprising than they’ve ever been and, because of that, it’s why all advertising doesn’t look the same. People are always at different stages and phases in their lives and data allows you to live in their world. Data is as much about psychology as it is about marketing.

Data’s not creativity’s silver bullet, however? You still see plenty of crap ads?
You have to remember that the creative process will always be part art and part science. And, yes, advertising sometimes fails. If you just make it all about the art then the likelihood of it failing is greater. Where if it’s a nice combination of art and science then you increase your chances of success. There’s no algorithm in the world that’ll predict if a campaign will be a success because it (creativity’s) not a perfect science.

There’s been rumours some of the mar-tech firms are inventing some sort of “super computer” to replace human creatives. Do you ever see that happening? Ads made by algorithms?
The question is: will artificial intelligence have a role in agencies? For sure. But that role will be for outsourcing all the boring, repetitive jobs. I don’t believe AI will replace the idea of conceptualising an idea because AI has no conscious; well, not yet anyway. There’s a lot of talk about it but the application in the next 10 years will be about removing boring repetitive work, not replacing the creative process. Bots will continue to automate our lives and do more in less time but the fundamental conceptualising of an idea, AI still has a long way to go.

Brands have a heap of data on loyal customers but none on the new customers that they want. Would you agree with that?
Data teaches you about the customer’s emotional journey. For example, if they’re buying a house or car or whatever it is, they go on an emotional journey, sometimes 12 months before even purchasing it. And one of the interesting things we’re finding very successful is emotional data. You understand the highs and the lows of the pre-purchase cycle. You can map those. Then we find if a brand can play a role in reducing those emotional lows in buying a product and give them more emotional highs; they’re the brands that are more likely to be bought and that requires a lot of data to do that. And when you do that you start talking creative people’s language. Data that can map people’s emotions is right in the sweet-spot of what drives creatives’ thought processes.

Taking a punt, what do you think the agency of the future will look like?
The agency of the future will have a role to play in channel health. Channel health doesn’t get talked about enough. What marketers do is build their own channels, be it messaging or apps or whatever. But few put someone in charge of the health of those channels. That’s also about respecting your customers, understanding the privacy issues and understanding what will take an increase of reach and frequency on those channels. Take email, as an example, you see a declining response to it and that’s because it’s an unhealthy channel with decreasing response rates and, at the moment, no one is looking after the health of them. With the increasing number of paid channels, where brands have to pay to talk to their customers, the issue will be channel health and agencies will play a role in that. Agencies will start to employ psychologists, data analytics people; plus, we’ll always have great ideas people. But I think channel health will become a really important thing.

When you have change, you have disruption, someone typically gets left behind. Who don’t you see surviving?
Lazy marketers who see their job as being very narrow will disappear. The marketer who isn’t asking questions about ad blocking, who isn’t exploring new channels like messaging platforms, who isn’t understanding the issues around data that the industry faces, the marketer that isn’t willing to learn new stuff, to re-educate themselves, skill themselves for a changing world, they will become dinosaurs. And that’s true in agency land, too.

Daze of Disruption is on at the Art Gallery of NSW from September 19-20. Buy tickets here.