Complaints against a recent Cotton On underwear ad, which promoted its Brazilian underwear range through Carnival references, have been dismissed merely promoting the Rio Olympics at the same time as promoting its own product.

Some complaints included that people were offended by the portrayal of women in the ad, which appeared on the Cotton On Facebook page, and that it portrayed Brazilian women as sexual stereotypes.

The sample of complaints included: 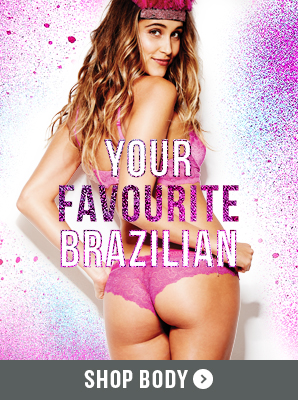 The Advertising Standards Board said, “The Board noted that it is reasonable for an advertiser of lingerie to use their products in their advertising and considered that it is not of itself discriminatory to show women advertising a product aimed at women. The Board noted that the models are not posed in an overtly sexualised manner and the woman shown from the rear is presented as looking flirty and confident.

“The Board considered that the woman is presented in a confident manner and is not depicted in a degrading or objectified pose.”

The Advertisers said, “We confirm that the advertisement is aimed at current trends around the Brazilian underwear silhouette, which requires the model to be dressed in such underwear.

“The image is part of a new campaign celebrating both the forth-coming Olympics in Rio De Janeiro. This is represented by the model is wearing a “carnival” style head piece and surrounded by a pink glitter/confetti border to represent a rio-carnival vibe.

“We again confirm that the level of nudity is relevant to the specific lingerie which is being advertised. The lingerie displayed does not result in excessive or inappropriate exposure. We also consider the pose of the model to be sensitive to the relative audience and not inappropriate, offensive, exploitative, degrading, sexualised or suggestive.”