The Aussie boss of Evolve Media has warned local internet publishers that continue to scrimp on content and content creators won’t survive in face of so many global sites.

Evolve Media’s managing director, James Perry, said the biggest thing he is seeing from his US parent company is “a massive investment in local content”. 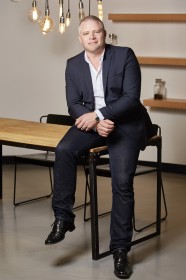 Evolve publish some 50 sites in Australia, either under license from its US parent or in partnership with such brands as the movie review site Rotten Tomatoes and celebrity gossip site TMZ.

Perry said for too long local Australian online publishers had been culling creative staff in favour of regurgitating content cheaply from overseas.

“The publishing model in Australia has too many sites hooked on news from Associated Press or other wire services, they’re not hooked on generating their own content and that’s coming back to bite them now.” Perry said.

“If you look at what’s happening overseas, the audience wants quality, they want local content that’s relevant to them and I think publishers (in Australia) need to get over the idea that good content – be it journalists or video editors or whatever – is expensive to produce. People want local content about things that impact them globally.

“The whole ‘content is king’ thing is strangely prophetic about where the whole industry is going. This is the real opportunity for Australian publishers. You can pick the global stuff up easily on any international website but it’s the good, local content that audiences are longing for. It’s about making your messaging relevant to the audience and talking about what’s going on here,” he said.

Perry warned that publishers who continued to de-invest in content were at grave risk of “making themselves irrelevant” and showing “they don’t care about their audiences”.

He cites the US as an example where online publishers were massively investing in good, local content and the ‘voice’ of the brand. Perry agreed “the pendulum swung too far the other way and it’s now definitely swinging back (in favour of creatives.)”

And better content is good news for advertisers too.

“The mantra at the moment is the whole ‘fewer, bigger, better’ thing: fewer partners, more reach and better content.