A Pakistani minister’s very serious live-streamed press conference turned into an absolute farce when someone accidentally switched on a cat filter.

Politician Shaukat Yousafzai was briefing journalists last Friday when the filter was mistakenly turned on.

Even though live viewers noticed the error and tried to alert the politician in the comments, the live-stream on Facebook continued for several minutes with the filter on.

The video, which was posted to the official Facebook page of the Pakistan Tehreek-e-Insaf (PTI) party, was deleted mere minutes after the press conference ended.

Yousafzai later said it was a “mistake” that should not be taken “so seriously”.

He told AFP news agency: “I wasn’t the only one – two officials sitting along me were also hit by the cat filter.” 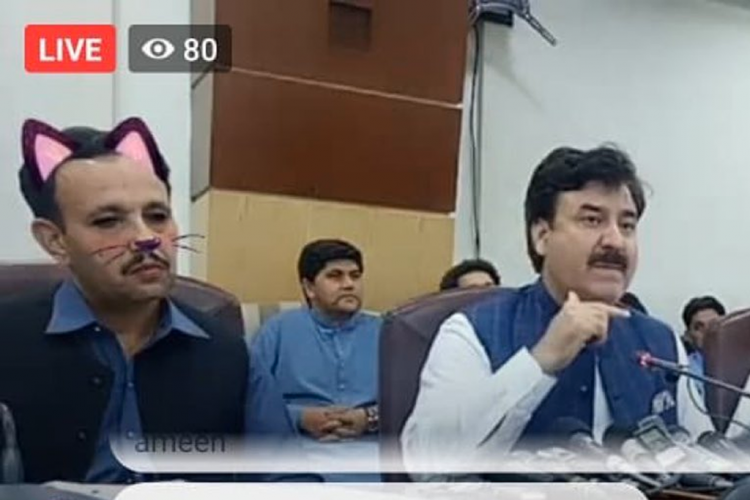 The hilarious oversight was blamed on “human error” by the party, who said: “All necessary actions have been taken to avoid such incidents in future.”

While the video has been deleted, screen grabs of the live stream have already gone viral across the globe.

One Twitter user joked: “Who let the cats out?”

Another said: “I propose all parliamentary proceedings around the world to be recorded with Cat Filters. Please start with the British Parliament!”