Queensland University of Technology (QUT), through its agency BCM, has launched a new campaign to celebrate students who have chosen to study at QUT.

Choosing what university course to apply for is a major decision for many school-leavers and typically between now and the end of the academic year, many will change their mind about the institution they attend.

Tony Wilson, director of marketing and communications at QUT said: “The role of this campaign is to consolidate support for QUT and reduce the number of students who change their preference. We want to make people who have chosen QUT feel special and secure in their choice.”

The campaign draws on a key trend for mass personalisation. This generation of students are already familiar with highly personalised online experiences. QUT were keen to extend and deliver an off-line personalised experience.

BCM combined direct mail, a personalised website experience, and a personalised outdoor billboard (in the real world) to answer the communication challenge. 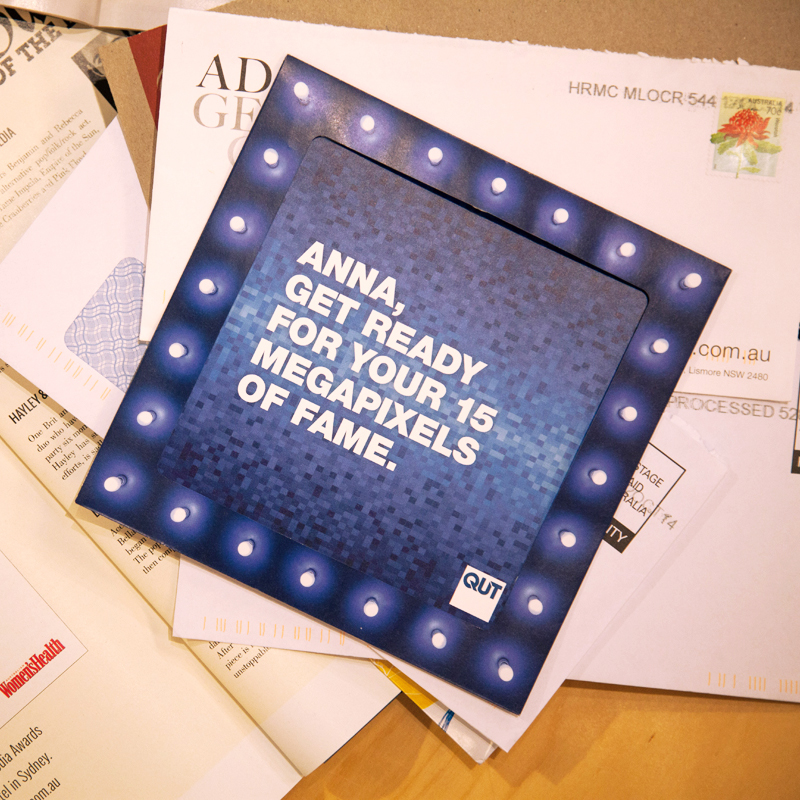 School-leavers received personalised direct mail, which both thanked and celebrated their choice of QUT, a sure-fire way to capture their attention. The mailer directed students online to their own personalised URL, where each was given an opportunity to create their own billboard, to appear on outdoor sites across Brisbane, telling the world about, and celebrating, their choice to attend QUT.

BCM managing director Kevin Moreland said: “We’ve been astounded by the early response. The take-up already has been an overwhelming success. Just 24-hours after the first wave of mailers hit letterboxes, thousands of students have already created and put their name on an outdoor billboard.” 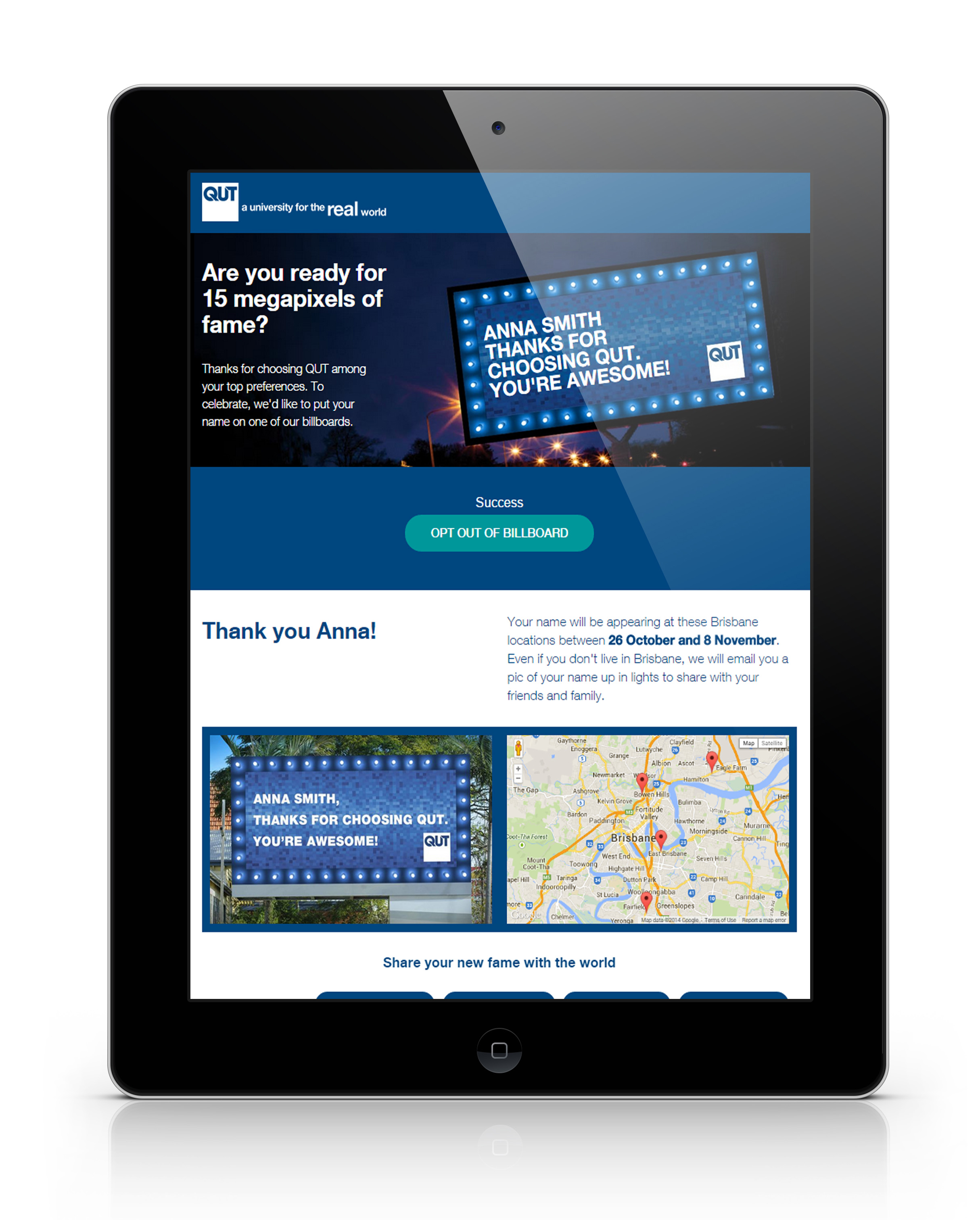 There has been overwhelming feedback from the Year 12 students themselves in response to this campaign:

“Thanks for setting this up.  It was heaps of fun and definitely makes me feel I made the right choice choosing QUT.” – Year 12 student

“Thanks guys this is amazing, I didn’t expect you guys to do something like this for your applicants, it’s an honour to be one of the people selected for this opportunity.” – Year 12 student

The GOA billboards will be live across four central Brisbane sites between 26 October and 8 November.