Things have gone from bad to worse for Australian Rugby Union (ARU), with Buildcorp the latest to abandon its sponsorship of the National Rugby Championship (NRC) due to the ARU’s failure to establish a women’s competition to run alongside it in October.

Buildcorp co-founder and principal Josephine Sukkar, who also happens to be a director of the Australian Rugby Foundation, told News Corp that while it was a difficult decision to cut ties with the ARU, the construction company simply had no choice.

“At Buildcorp, we really need to align any partnership we’re involved with our values, and it was not a championship that was able to produce a women’s competition,” she said.

“We had asked for that for a long time, and we had wanted it to look the same as the men’s and for them to be playing on the same fields as curtain-raisers.

“That is a problem for the ARU at the moment to be able to deliver that. So, we discontinued that sponsorship this year. It’s the first time we’ve ever discontinued a rugby sponsorship, but that was pretty difficult for us to stand alongside that.”

Apart from being the inaugural naming rights sponsor of the NRC, Buildcorp also sponsors the Wallaroos and the Women’s XVs National Championships. 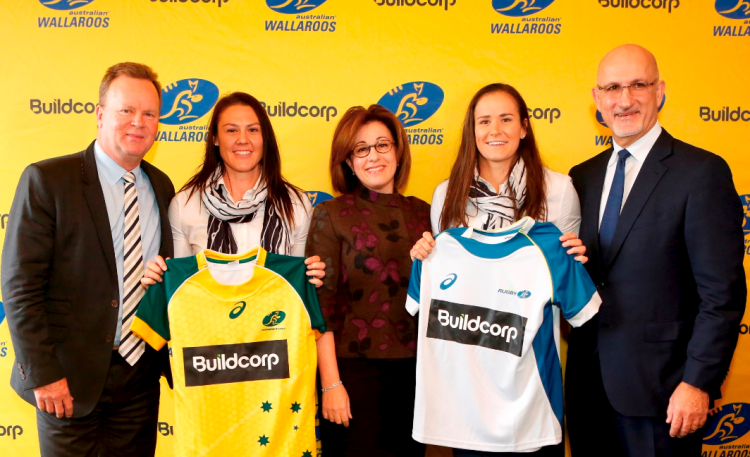 An ARU spokesman described Buildcorp’s decision to walk away from sponsoring the NRC as “disappointing”, but thanked the company for being a “wonderful” and “integral” partner of the competition since its establishment in 2014, according to News Corp.

“While it is disappointing to lose Buildcorp as naming rights partner for the NRC this season, we understand their position that they would like to see the formation of an equivalent women’s competition,” the spokesman said.

“The ARU has invested significantly in women’s programs in recent years, including the formation of the upcoming Women’s National Uni 7s. We are looking at various competition models, however at this time we are unable to commit towards a women’s NRC competition.”

Buildcorp joins BMW and Lion Nathan in boycotting the tournament. However, the ARU spokesman remained optimistic that replacement sponsors could be found in time before the NRC kicks off in October.

“We have been fortunate that we’ve managed to retain over 90 per cent of our partners across all forms of the game over the past five years, but there is inevitably some turnover,” he said.

“We are currently in market having some positive conversations about filling the vacancies in those two categories.”

To secure your seat at this year’s Ministry of Sports Marketing conference, click here.