The B&T Awards – celebrating its 10th anniversary in 2015! – will be announced at a massive, amazing gala function at Melbourne’s Town Hall on 4th December. It’s almost sold out but you can still score the last of the tickets here.

This year sees a whopping 30 categories up for nomination. We’ve received over 420 superb entries that have been whittled down to these finalists by over 90 top industry judges and thought leaders.

B&T’s editor-in-chief David Hovenden said: “The response to this year’s awards has been astonishing. We’ve been literally swamped with entries which, I have to say, the calibre has set a new benchmark. We’ve had to put on extra staff to cope.

“I’d like thank everybody for entering the awards, our generous sponsors, all our judges, and I offer my hearty congratulations to all the finalists. And, I look forward to welcoming everybody to glorious Melbourne on the 4th.”

And the finalists for the major categories for 2015 are as follows. Again, look out for the remaining categories to be announced tomorrow.

Please note: All finalists announced today will be required to attend the second in-person presentation round – held on 30th October at Cliftons – Level 13, 60 Margaret St, Sydney. Details will be emailed directly, but if not received please get in touch with Viv Luo asap: viv@bandt.com.au 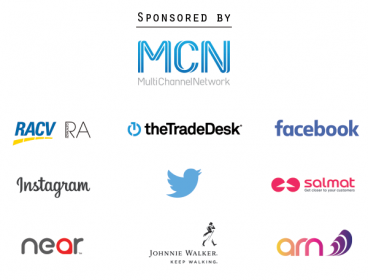