More than half of Australians aged 14 years and over listen to breakfast radio, while over seven in 10 listeners tune in to radio during more than one time slot, new data by Roy Morgan Research has revealed. 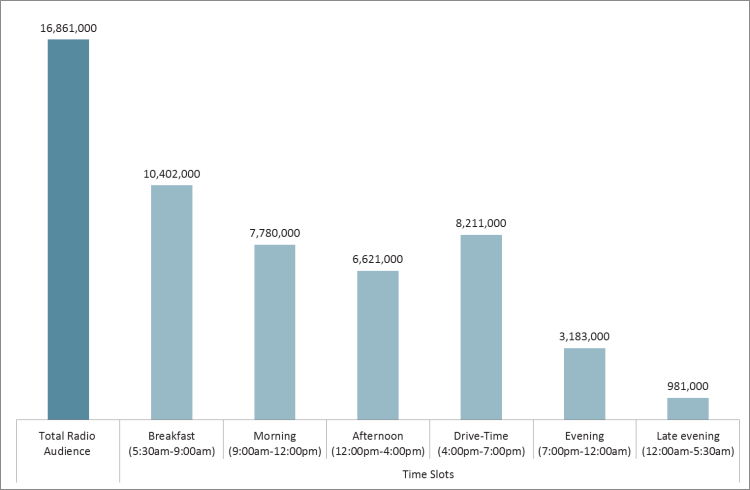 Roy Morgan Research CEO Michele Levine said 77 per cent of radio listeners own a smartphone and are more likely to listen to multiple time slots.

“The most cross-over happens between the two peak periods – 70 per cent of drive-time listeners also tune in at breakfast during the same week,” she said.

“Meanwhile, the morning slot has the highest proportion of unique audiences – 17 per cent of listeners between 9am and midday only listen during that slot.”

Levine added that Macquarie’s News Talk Radio audience is the most likely to listen to radio at three or more different time slots during the week.