In this guest post, Atomic212’s COO James Dixon (pictured below) argues that, as painful as it is to say, many people hate ads and if you want consumers to watch them you may well have to start paying them to do so…!

The world must be going crazy. Consumers have always wanted to get their content for free, but soon they may expect to be paid for the privilege. Are we moving towards an advertising model where brands will pay consumers directly to watch their ads? 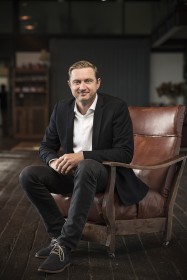 To those entrenched in a traditional advertising mindset, this might sound like a ludicrous concept. But just this month the Newspaper Association of America has threatened legal action against a man who is trying to implement such a system. The battle lines are being drawn, and I have a strong hunch where consumers will throw their allegiance.

Getting ads in front of eyeballs is harder than ever before. The intense fragmentation of channels means mass audiences are increasingly rare. Consumers can skip YouTube pre-rolls, they can fast-forward through TV ad breaks, and most importantly, they can install an adblocker. Personally I love a good piece of advertising, but then again, this is my industry. The truth is that many people don’t like ads.

A couple of years ago, marketers saw adblocking technology as nothing more than a minor nuisance. But in the past year, there has been an unmistakable shift in attitude. As audiences are inundated with content, they are becoming increasingly discerning, and increasingly annoyed by advertising models which interrupt their content experience.

According to Adobe and PageFair, adblocking is big business, costing publishers $US22 billion a year, with 18 per cent penetration in Australia (and growing). Publishers and ad networks have started sitting up and taking notice – adblocking is increasingly viewed as a formidable threat to advertising revenue.

But what if consumers could earn micropayments every time they viewed an ad? Surely the old misgivings would fall to the wayside.

This is exactly what Mozilla Founder Brendan Eich has done. Eich has this year launched a new project called Brave – it’s a browser that blocks third party ads, tracking and cookies. Meanwhile, Brave will then place its own ads instead, in place of the third party placements. Here’s the kicker – while the majority of the ad revenue is funnelled to the publishers, a small percentage (15 per cent) is given to the user who consumes the content.

Unsurprisingly, the publishers are in revolt, with the Newspaper Association of America calling the scheme “blatantly illegal” and threatening legal action. There has been some back and forth between the NAA and Eich, who claims he is trying to help the publishers, not hinder them.

There is certainly something to be said for rewarding consumers in such a way. I wonder whether this model could bolster revenue for publishers, who, let’s face it, have had a tough time of it lately. As Eich wrote on his company blog, “Brave is the solution, not the problem, for users and publishers.”

In a world where traditional advertising models are under incredible strain, innovative solutions such as this could ensure a beneficial interchange between publishers, advertisers and users. Everybody wins.

The publisher may have to sacrifice a 15 per cent commission to users, but at least it ensures brands will get access to consumers who don’t turn and run at the first sign of a marketing message.