An Aldi ad by BMF titled “El Toro Macho” has won round five overall and the single category in the 2016 Siren Awards. The ad features a liquor distiller from Spain speaking English and a culturally insensitive translator.

Creative team Cam Blackley, Alex Derwin, David Fraser and Dantie Van Der Merwe said they celebrated their win with a bottle of Aldi’s reasonably priced Rose and their inspiration for the ad was from their own experience.

“People here didn’t understand our accents for years. They still don’t. We didn’t want the makers of Aldi’s award winning imported liquor to suffer the same fate,” they said. 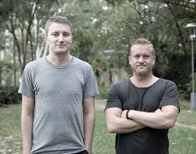 The round five winner of the campaign category was also won by BMF with the three ads in the Aldi campaign “Liquor Translator”. Each ad features a brewer, winemaker or distiller from a different country and the deadpan, insensitive trilingual translator uses cultural stereotypes and mistranslates.

The winner of the craft category was the ad “Windscreen Issues” from Sound Engineer, Ross Batten for client RACQ (Royal Automobile Club of Queensland). Sound studio RoscoAudio created the audio which features an opera singer reaching a note high enough to shatter a car windscreen which can be replaced RACQ AutoGlass.

“The last round in the 2016 Sirens features some very clever, simple and amusing radio ads. The quality of the entries throughout the competition is going to make it very hard for the judges to pick a winner this year,” said Joan Warner, chief executive officer of Commercial Radio Australia.

Highly Commended in the single category was another of the Aldi liquor ads, “Renberg Cider” from BMF. Also highly commended was a BMF ad “Hall of Names 2” for Sportsbet from creatives Cam Blackley, James Sexton and Gooch Richards.

Two ads were highly commended in the Campaign Category: Cummins & Partners “Wouldn’t you Rather Renegade” for Jeep from creatives Chris Ellis and Aaron Lipson and “Bet Live” for Sportsbet from BMF creatives Cam Blackley, James Sexton and Gooch Richards.

The Siren Awards, run by Commercial Radio Australia, celebrate the best in radio advertising and are judged over five rounds throughout the year by the Siren Creative Council, made up of a panel of creative directors from leading ad agencies.