In this guest post, BMF’s head of digital and direct strategy, Irina Hayward (pictured below), argues digital’s eating itself once again, but amid the chaos there’s a chance to enact real, meaningful change…

The age-old debate of traditional marketing versus digital communication has reared its head again, and it continues to have an adversarial flavour – as an industry we’re still thinking in terms of ‘versus’ not ‘and’. 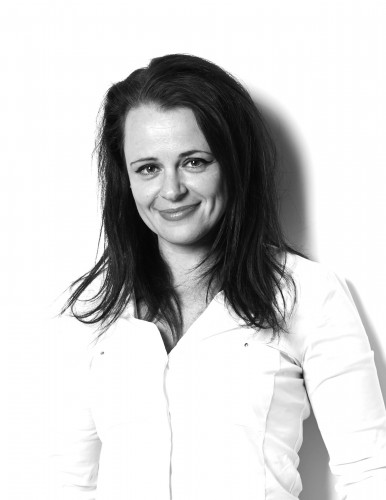 This has resulted in digital channels suffering a setback in terms of trust, and those with an interest in traditional marketing and advertising channels have been quick to point out these flaws in measurement, reach and general effectiveness.

Add YouTube’s recent move to kill their 30-second un-skippable ads, and Google penalising intrusive mobile pop-ups, and the idea of digital-first marketing appears erratic and ominous; how can brands ensure they achieve cut-through when platforms and formats are changing so frequently?

Despite my beliefs in the effectiveness of digital channels, it seems defensive to focus on proving stand-alone worth for one or another channel in a world where we should measure the sum of the parts of a campaign.

The question should be, why does it have to be either or? Do we want to engage in a fight for supremacy across communications channels? Black versus white?

For me, it should be about blending the two. Less black and white, more full colour.

With metrics that help convey the interrelationship between traditional and digital channels, old and new media can be friendly bedfellows and work harder to achieve results for media dollars, advancing the cause of thinking holistically about channel marketing.

While Facebook’s decision to be audited externally by Neilsen is actually a positive move, hopefully we can all move past measuring isolated soft metrics such as impressions and views, and stop relying on just one creative or one channel to do all the heavy lifting. We need to get beyond that, quickly.

The new metrics of success

With the number of devices increasing per household, (currently there’s an average of 6.4 screens per household, most of which are internet-capable), it’s clear that consumers are watching their favourite programs where, when and how they want, often moving from one device to another.

So advertising today is more about audience engagement and participation, measured through video completion rates and click throughs. Many channels contribute, and measuring this interconnected landscape is thankfully getting easier. It’s no longer just about the number of people who see your ads but all the touch points that precede and follow.

Equally important is the story telling, the narrative that helps drive traffic to site, the online experience, the digital targeting and retargeting, and the conversion levels behind it, as well as the key role of social and CRM in driving retention, engagement and ultimately, brand loyalty.

That might sound like a whole lot of media jargon. But we need to take time to understand how that chain reaction works.

I was lucky to judge last year’s APG Strategy Awards, where the most recent LEGO campaign was a great example of channel integration.

To help stand out during the already saturated Christmas retail period, LEGO inspired families to transform the star on their Christmas tree. Every channel was customised to immerse families into a deeper experience, with every touch point unique and specific to the medium used. This included online and newspaper instructions, star building workshops, competitions, interactive outdoor and online display, and social engagement. A TV commercial featuring the winning Christmas stars from families across Australia was the apex of the campaign.

Not only did the integrated campaign tug at the heart strings around a family Christmas, but it focused on maximising the complete range of owned, earned and bought channels to help drive success.

No longer do we create or measure in silos. Creative and media must work side by side. I see this as a brand response communications model, blending both emotional and rational drivers, and ‘uniting’ data, strategy, creative and media for brand, direct response and always-on environments.

We’ve only just started to scratch the surface of multi-channel and cross-device attribution. So let’s not make this a debate on simple soft metrics or a single media approach. It’s never that black and white. Let’s live in a world of full colour.