A new Labor Party ad featuring the opposition leader Bill Shorten has come under attack after everyone appearing in it was a white anglo-saxon.

The new TVC appeared on Channel Nine last night in marginal electorates. It was designed to promote jobs for Australians and not foreign workers entering the country on 457 visas. 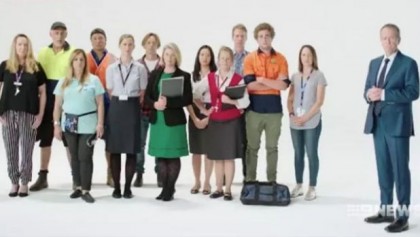 It’s strap line was “Employ Australians first”, however, all the people in the ad are white.

However, the ad appears to have disappeared off YouTube and the Labor Party website in the mean time.

And, yes, social media has exploded over the lack of ethnic diversity.

Greens senator Sarah Hanson-Young was first to go on the attack, likening the ad to a can of white paint. 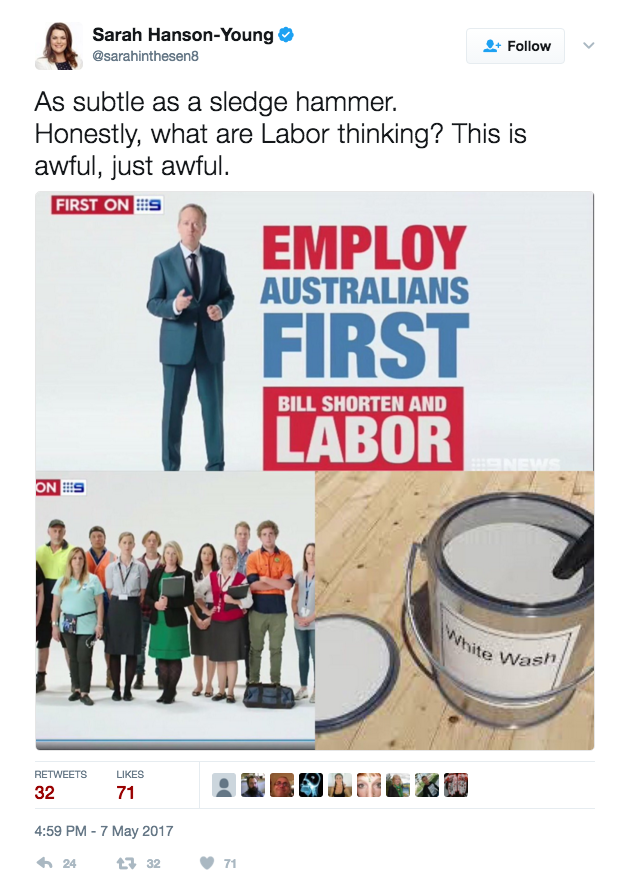 While others were so furious, they called for Shorten to resign. Including refugee advocate Shane Bazzi. 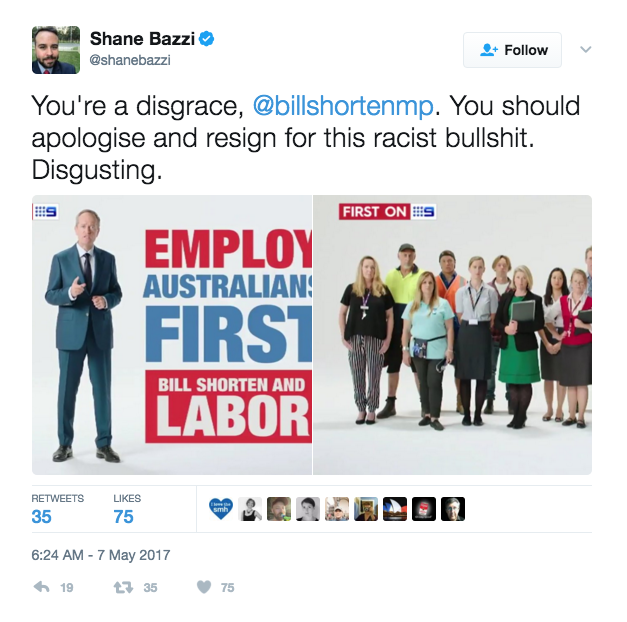 While others just accused the ad of being plain racist. 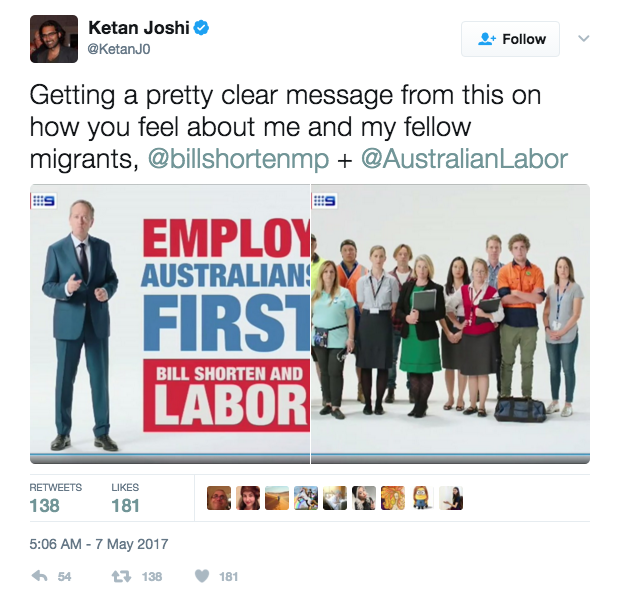 In response, Shorten told media this morning in Canberra that the ad would be reviewed following the scathing criticism.

“I am not in the business of making ads,” Shorten said, his comments reported by news wire service AAP.