Big boobs have returned to London and it’s all to do with fighting the stigma around breastfeeding.

Five gigantic breasts, all in different tones and sizes, have popped up around London as part of a campaign called #FreeTheFeed, which was created to fight stigma against breastfeeding in public.

Appearing across roofs in London on Mother’s Day, March 31, the large boobs were brought to life thanks to a technology firm called Elvie, which focuses on innovation for women’s health.

Elvie is known as the inventor of the world’s first silent, wearable breast pump. It fits under your bra, allows you to pump on the move, and comes with an app that tracks your history. 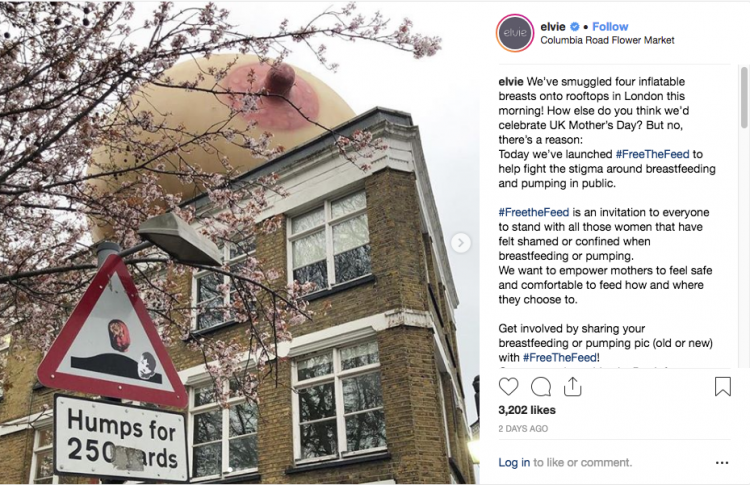 Elvie CEO Tania Boler told the Shropshire Star: “It’s an invitation to everyone to stand with all those women that have felt shamed or confined when breastfeeding or pumping.

“We know the giant boobs will raise a few eyebrows, but we want to make sure no one overlooks the way this stigma has been used to repress women.” 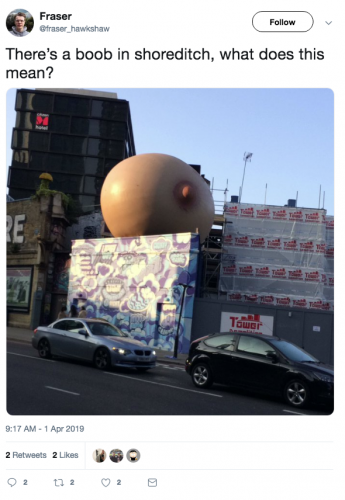 This isn’t the first time the big boobs have made a public appearance.

On Mother’s Day in 2017, creative agency Mother London first launched the #FreeTheFeed campaign with the same breasts in the same spots.

But with stigma against public breastfeeding still as strong two years later, the breasts were back from March 31-April 1, this time around the result of a collaboration between Mother London and Elvie.