Bryan Whitefield (pictured below) is an independent management consultant who speaks to, facilitates for and mentors executives in organisations to increase their influence and improve decision making. He is the author of Winning Conversations: How to turn red tape into blue ribbon. In this guest post, he says too many managers go for ‘quick wins’ over having a sustainable long-term approach…

Leading alongside. That’s what the best advisers in organisations do. You can’t dig it out of the ground, fly it, design it or deliver it for them. What you can do is lead them to make the best decision under the circumstances because they heed your advice. 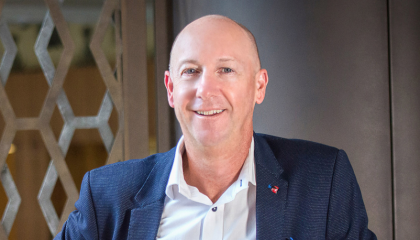 Unfortunately, often due to expediency, we use our authority to get things done. You get a short term win, however, influencing is both a short and long term game. The smartest advisers play the long game and lead alongside. People who lead alongside build truck-loads of trust. And trust is what is required for you to have the impact on the organisation you know you need to make.

In his seminal 1984 book Influence: The Psychology of Persuasion, Robert Caildini introduced his six principles of persuasion:

Push strategies are about imposing your will through direction or instruction. At some level, however subtle, force is involved. And if you know your physics, you know every force has an equal and opposite one, where force meets resistance.  Consider these push persuasion principles:

Pull strategies are about motivating, sharing, informing, encouraging people to listen to you and follow your advice. Consider these pull persuasion principles:

Advising is about influencing a stakeholder’s decision. Nothing more, nothing less. The importance of great advice cannot be understated. Despite what we know about the causes of poor decision making such as our unconscious biases, we still accept uncomfortably high levels of poor decisions. As reported in an article by Dan Lovallo and Olivier Sibony in McKinsey Quarterly, a 2009 global survey of more than 2,200 executives showed that “only 28 percent said that the quality of strategic decisions in their companies was generally good, 60 percent thought that bad decisions were about as frequent as good ones, and the remaining 12 percent thought good decisions were altogether infrequent”.

The role of the strategic adviser in organisations is as important as ever. Play the long game, lead alongside and increase your influence and your impact on key strategic decisions.