Advertise with us
Posted 3 February, 2016

“Showcasing the best in local luxury fashion and premium Australian retail, the annual issue has become the must-have guide for affluent Chinese tourists arriving in Australia over the Chinese New Year period. It’s also a great example of our ability to deliver a niche and targeted marketing solution for our advertising partners.”

Editor of Australian Gourmet Traveller Anthea Loucas added, “The launch of Gourmet Traveller follows the success of the Harper’s BAZAAR Chinese edition and adds an element of see, do, and taste to the consumer journey. The inaugural edition also marks the beginning of a big year for Gourmet Traveller as we celebrate 50 years of publishing in Australia.” 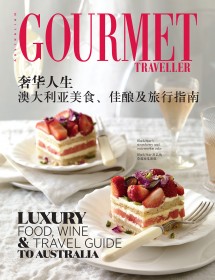 “Westpac was the first Australian bank to open an office in China in 1982 and this particular issue follows the story of our commitment to Chinese customers and the support we provide to help them build a successful life in Australia. With Westpac approaching our 200th year in 2017, we are proud of our long standing relationship with our Chinese customers.”

Sydney Lord Mayor Clover Moore commented that 2016 marks the 20th anniversary of City of Sydney’s Chinese New Year Festival – an event that has grown to become one of the largest, most vibrant and exciting celebrations outside of China.

“From its modest beginnings as a community street market, our Lunar New Year festivities are now one of the largest outside Asia. Embracing performance, art, fabulous food, dragon boat racing and much more, our celebrations have a distinct Sydney style, and have retained the strong community involvement that makes our festival so special,” Moore concluded.