Bauer media CEO Nick Chan (main picture) has suddenly quit his post after just 14 months in the job amid rumours his departure is linked to Rebel Wilson’s successful defamation case against the publisher.

In a statement to media today, Bauer announced Chan had been replaced by Paul Dykzeul (pictured below), the current CEO of Bauer Media New Zealand. 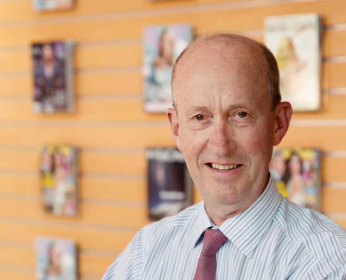 B&T has contacted Bauer regarding Chan’s abrupt departure, however, was told there would be no additional comment beyond the media statement.

Both parties are presently trying to determine a payout figure to the actor, with some pundits suggesting it could run into the many millions.

Fairfax Media has this morning reported that there is no connection between Chan’s leaving and the Wilson case, but added: “The fallout from the Wilson verdict last Thursday has been felt throughout the company, all the way to the global headquarters of the Bauer family’s empire in Hamburg.”

In the statement to media, Andreas Schoo, executive board member of Bauer Media Group, said: “I want to thank Nick for the work he has done in helping to position the business for future growth and wish him the best in his future endeavours.”

Schoo added: “I’m delighted Paul will be leading Bauer across Australia and New Zealand. Having worked extensively across both markets he understands the challenges and opportunities which exist for multi-platform magazine brands in this evolving environment.

“For the past nine years, he has built a strong and innovative media business and is ideally placed to bring that thinking to Bauer Media Australia.”

Dykzeul has been CEO of Bauer Media New Zealand (formerly ACP Magazines) since 2007, returning home after spending 11 years in Sydney. During his time in Australia, he held roles as director of international business and publisher for ACP.

Prior to that, he was managing director of Murdoch Magazines before moving to Pacific Magazines in 2000, where he held the position of director of international licensing and operations, and publisher.

Speaking on his appointment, Dykzeul said: “Across print, digital and events, Bauer Media has the strongest portfolio of leading magazine brands that connects audiences with our commercial partners at scale.

“I look forward to returning to Australia and working with the dedicated team to build and expand on those strong foundations.”

He starts in the role immediately and will relocate to Sydney in due course.