Aussies increasingly want to get their news from niche sources (think podcasts and docos), 20 per cent of us no longer watch any TV whatsoever, and we’re increasingly distrusting of the ‘old school’ media players.

That’s just a few of the challenging findings of the bi-annual Mind And Mood Report by Sydney-based research firm Ipsos.

Admittedly, the Report attempts to represent a snapshot of the nation rather than a bespoke, indepth look at our media consumption; although it does include a strong focus on what ‘middle Australia’ thinks of the media they’re presently being served. 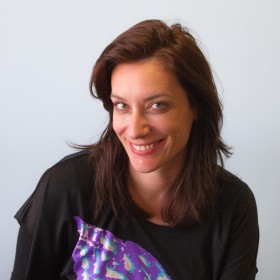 Ipsos’ Laura Demasi (pictured above) is the research director of the Report and calls it “Australia’s longest running social trends study” with the end results digested by a number of corporations and government departments.

“It’s the reality of people’s lives,” Demasi said of the study and those who participate in it. “Marketers can be a little detached from reality. They need to be reminded that their experiences in life don’t necessary align with middle Australia’s. I think it (the Report) is a way for them to reconnect because it’s about a person not just a consumer. Consumers are people first.”

Demasi said the biggest surprise from this year’s Report were the expectations of different generations; be they the Ys, Xs or the Boomers. “This whole idea of ‘life stage’, the traditional idea of what’s expected of you at a certain stage of life, that’s gone out the window,” she argued of the study’s findings.

“The expectations of how we live; each generation is redrawing those and resetting those. What past generations thought was a successful life – a steady job, a mortgage, a house, kids… but you talk to people in their mid-20s and there’s a lot of indifference towards things like home ownership; there’s this idea that they just don’t care.

“You only need look at the (low) rate of car ownership (among the Ys) to know it’s not about ‘stuff’ for them. Their drivers in life are personal fulfillment, happiness and experience. And that’s it!”

Demasi said the Report showed we’re seeing a transfer of power from ‘them’ to ‘we’ and ‘me’; and that, she believed, was bad news for traditional institutions such as mainstream media, corporations and government. “We’re seeing this seismic shift in where power resides. The days of those old pillars guiding you in life are over. And that’s led by the digital revolution which has empowered the indvidual like we’ve never seen in history. Those old institutions are going to have to fight hard to remain relevant in peoples’ lives,” Demasi said.

And, ultimately, that idea will carry over to how we watch and consume our media. These were the Report’s main take-out points relating to media, according to Demasi.

Demasi concluded: “I’m not saying any specific media will be wiped out, it’s just a reconfiguration of the landscape. It’s like any sort of disruption, any new technology, it doesn’t always wipe the incumbent out; it usually readjusts the power balance and makes the landscape much more complex. Take Uber, it won’t ever kill off our need to catch a cab, there’ll just be less of them and they’ll just have to be happy with that ‘X-per cent’ of the market when they used to have 100 per cent.”