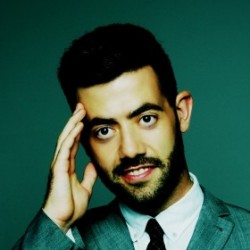 
In this very personal guest piece, former PR boss at PRIA and now marketing manager for CBS Interactive, Neil O’Sullivan, opens up on leaving his homeland of Ireland and discovering his depression on his arrival in Australia…

I could call myself a complex character but I also see myself as a simple man. What I am sure of is that mental health is a real bastard. Depression and alcoholism can be found through my family line and, like a lot of other families, we have had to fight many battles with it.

I was aware of my feelings from a young age. I’ve been lucky in that sense; I’ve had lots of time to try and figure it all out, to realise I wasn’t alone. I’ve also been lucky to have amazing parents and family, who haven’t always had an easy time themselves. My own brother, Barry, who now lives with me here in Bondi, suffers from depression, anxiety and panic attacks.

My family never took any of that out on me, which is probably the best gift; they poured love into my two brothers and I. They taught me to be kind, gentle and open with my feelings.

I’m not sure anyone is ever fully open though. I imagine most people have aspects about themselves they wish other people didn’t know about; I probably have a few.

I’ve never been clinically diagnosed with a mental health condition, but I’ve known since I was a teenager that the feelings I get sometimes are not normal. Why was I really angry sometimes? Why would I feel so low, regardless of sporting accolades or personal achievements.

In 2008, I visited a doctor; my first attempt to “address” my feelings. It was disappointing. I received a typical doctor’s response, “Just see how you are, you might just be tired – you’ll be fine”. But I knew I wasn’t.

I’ve never been afraid to tell people things about myself that other people wouldn’t, which has become a source of strength for me in helping to deal with these feelings as I’ve grown older. When I was young I cared more about what other people said about me. It took me a while, and some coaching to get there but now, I couldn’t really care what people think now.

In December 2011, I jumped on a plane to Australia. It was a dream to see this side of the world, meet new people, land a top job and potentially find a gorgeous Aussie girlfriend. My partner Suzanne, who I did eventually meet here, is one of the best things that ever happened to me.

When I recount my Australian life thus far, I don’t really call it an adventure anymore. Day by day, it has become my reality.

When I first arrived in Melbourne, I cycled across a strange rainy city, trying to earn money wherever I could to survive. I even had to learn the “Four Cs of Diamonds” (cut, colour, clarity, carat) when I worked in a jewellery store on Swanston Street. Indomie noodles got me through some tough financial times but the culture in Australia drives you to push forward.

Australia has everything on paper to live the most amazing life: the weather, the lifestyle, the beaches, the culture, the travel, the people, the humour, the career opportunities, the sports facilities, the good coffee, and even the efficiency of its state capitals in matters like public transport. But being 17,000km away from home is scary, and lonely at times. I’ve had some low moments where it really wasn’t easy. Days where you’ve had enough, wondering if it is worth carrying on here still happen on occasion. But Australia is probably one of the best places on earth to be if you are dealing with any mental health issues, and living here certainly has helped me to keep the black dog at bay, as they say.

Whether it’s the sunshine or just the ability to walk barefoot at 6am down to your local coffee shop, pick up a hipster coffee, jump in the sea or join a bootcamp session on the beach, to be back to your apartment ready for another day by 7am, Sydney – where I now live – is a great place to be.

For me, nothing beats keeping active when dealing with depression. It releases endorphins in the body and it’s such a great way to combat stress or anxiety. Going to the gym and playing soccer help me to keep a calm mind, and I’ve recently started yoga and meditation.

Volunteering is also a very rewarding aspect of my life. My passion for caring for others has driven my 10-year career in the not-for-profit sector, and since I’ve been in Australia I’ve sat on boards for the Special Olympics, and most recently, volunteered with two mental health charity groups: Darkness into Light and The Light Ball, both of which raise funds for Pieta House back in Ireland.

I’ve lost lots of people from my life and my area through suicide, and it’s an awful thing to have to come to terms with, especially for close friends and family members. A great friend of mine, Ciaran Walsh, took his own life the same weekend he was due to stay in my tent at the Oxegen music festival. I literally just got in the door, put my bags down and got the call, and I never got to see him again. There have been school students, friends of friends, mothers and fathers of people I know and people from my local area who have also sadly passed.

The inaugural Light Ball Sydney, led by Leopardstown brothers, Will and Mick Magee, last year saw 800 passionate people, most of them Irish, come together to tackle the stigma associated with mental health. The Light Ball started when a school friend from Leopardstown, Colin Baker, took his own life. Since 2012, the Colin Baker Foundation and the ball have raised hundreds of thousands of euro in Ireland for Pieta House, and in 2015 we decided to organise one here in Sydney.

This year, the black-tie ball has sold out again with 1,000 people to join us this Saturday. It’s the first time in charitable history that the same charity ball has been held on the same day in two hemispheres. This year’s ball in Sydney has been supported by Irish celebrities including Hozier, Be*witched, Conor McGregor’s trainer John Kavanagh, and Dublin All-Ireland winner Paddy Andrews.

The Light Ball takes a light-hearted approach to a very serious subject. It’s just a group of friends who are trying to make a difference. Every conversation we have about mental health, every event we hold, every person we meet, helps chip away the wall of stigma.

More and more celebrities and well-known public figures are speaking out about their own battles, and good on them. In Ireland people like Bressie, Jason McAteer and Brent Pope all spoke out, and here in Australia, superstars like Buddy Franklin from the Sydney Swans have been very public about their struggle. I have a vision that one day people can speak openly about their mental health condition, just like they do their dietary requirements.

“Oh right, I have depression.”

Tomorrow is always another day. If anyone ever needs a chat or feels down, I am always here to listen.

For updates on this week’s Light Ball Sydney and their $100,000 fundraising target, see facebook.com/TheLightBallSydney.