An Australian study into the salaries of different professions has found that women who work in the advertising industry have enjoyed one of the biggest year-on-year rises in their pay cheques.

However, they’re still a long way off what their male counterparts are being paid by a good $35,000 annually.

The study was conducted jointly by the Australian Taxation Office (ATO) and comparison site Finder.com.au and revealed the 20 jobs which have experienced the biggest jump in wages between 2015 and 2016.

For females, the best job for a significant pay increase was “advertising managers and directors” whose average annual salary jumped 8.6 per cent to $80,825. 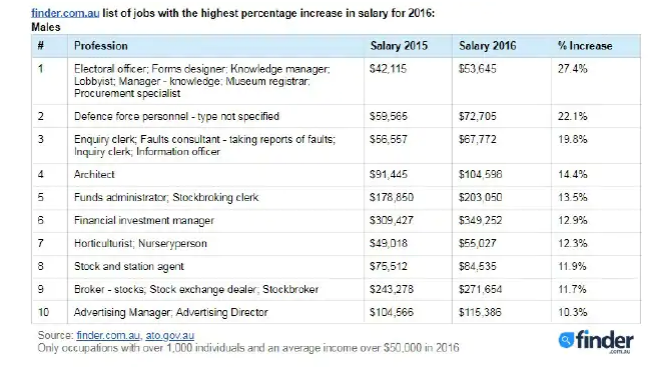 However, when it came to the blokes in a similar role, their pay cheques had increased 10.3 per cent to an average salary of $115,386.

When it came to the top 10 best jobs for a pay rise, the study found the wage boost for women was 7.7 per cent, far lower than the average male increase of 15.6 per cent. 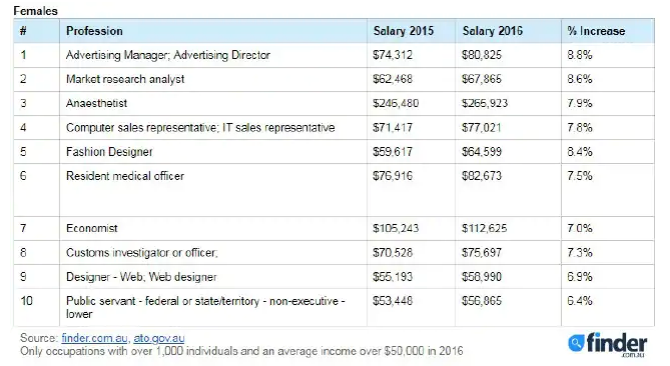 The best performing job was men who worked in government electoral offices, their pay increasing a whopping 27.4 per cent annually albeit to an average salary of just $53,646.

According to the study, male financial investment mangers took home the top salary, on average $349,252. The best paid job for females was being an anaesthetist which came with an average annual salary of $245,480.

Commenting on the study, Finder.com.au’s Bessie Hassan said: “These jobs may have seen a high increase in salary due to demand, or simply just an industry trend.

“Skilled workers are highly sought-after which may be another reason why designers, anaesthetists, market analysts, and defence force workers have seen such a large salary increase, ” Hassan said.