The health fund NIB could face legal action after it sent ads for cut-price boob jobs and nose jobs to cutomers via an EDM.

The plastic surgery was offered in Thailand, however, the Australasian College of Cosmetic Surgery believes the campaign – on top of being rather bizarre – may also be illegal. Apparently, it’s illgeal to offer discounted plastic surgery and pressure customers with deadlines. 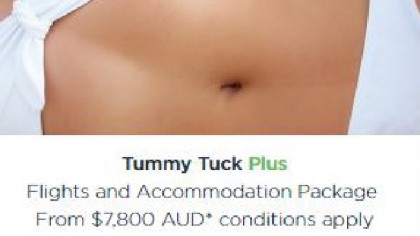 News.com.au is reporting that the incident has been reported to the governing body, the Medical Board of Australia, to determine if NIB’s actions did, in fact, break any laws.

A NIB spokesperson was quoted on News.com.au as saying that NIB is outside the laws because it doesn’t perform the surgeries – it’s merely the health fund providor.

The offer came with 20 per cent discounts on off tummy tucks, rhinoplasties (nose jobs) and breast augmentation in Thailand if booked by the 31st of December.

A spokesperson for the Australasian College of Cosmetic Surgery added that the campaign trivialised cosmetic surgery and the dangers of having it done cheaply overseas. “Trusting health fund members should not be receiving emails about cosmetic tourism,” he said.

NIB customers were also dismayed at receiving the EDMs. “What the heck – are you seriously sending clients emails about boob jobs and tummy tucks in Thailand? #NotBuyingIt,” one tweeted. While another added: “It’s 2016. Maybe rethink pushing this stuff onto women under the guise of health care.”