APN Outdoor has announced the appointment of James Warburton as its new CEO, effective 22 January 2018.

Warburton was most recently the CEO and managing director at V8 Supercars Australia. He has also held CEO roles at Ten Network Holdings and Universal McCann, as well as being a director of Eye Corp, Ten’s out-of-home media business.

In addition to his CEO experience, Warburton also has more than 20 years’ experience in marketing and sales leadership roles at Seven Network, Yahoo! 7, DDB Needham and McCann Erickson. 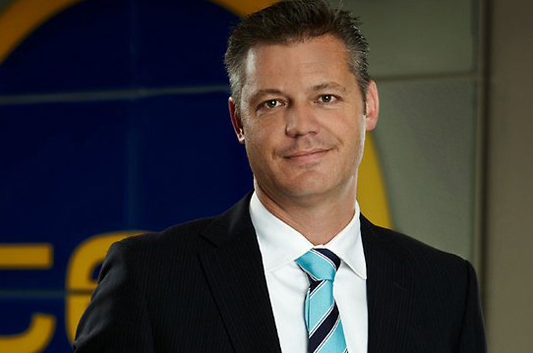 This included eight years as chief sales and digital officer at Seven Group, with responsibility for the sales function across Seven Network, Yahoo!7 and Pacific Magazines.

Warburton replaces Richard Herring (main picture), who retired from the CEO role after 22 years with the company at the end of September.

“We are excited to have James join as APN Outdoor’s next CEO,” he said.

“He brings to the company extensive executive leadership experience, with a significant understanding of complex media environments including out-of-home media, dealing with key advertisers and media agencies, developing new income streams, and dealing with technological change and digital disruption.

“On behalf of the board, I welcome James to the APN Outdoor team. We also thank Wayne Castle for his significant contribution as Interim CEO during this period of change. Wayne will revert to his previous role as CFO upon James’ commencement with the group.”

Commenting on his appointment, Warburton said: “I am extremely excited to be back in the media industry, a sector I am passionate about.

“APN Outdoor has a strong reputation for innovation in the out-of-home industry, demonstrated by its leadership position in digital roadside billboards in Australia and its leadership in New Zealand via the strategic use of data to enhance the value proposition of out-of-home for advertisers.