Fresh off the back of its controversial ad comparing the meat industry to rape victims, PETA is going after the wool industry, and has enlisted actress Alicia Silverstone for its cause.

A starkers Silverstone has urged people to boycott the wool industry and everything that comes from it, in a new poster where she claims she’d rather go naked than wear wool, shot by Brian Bowen Smith. 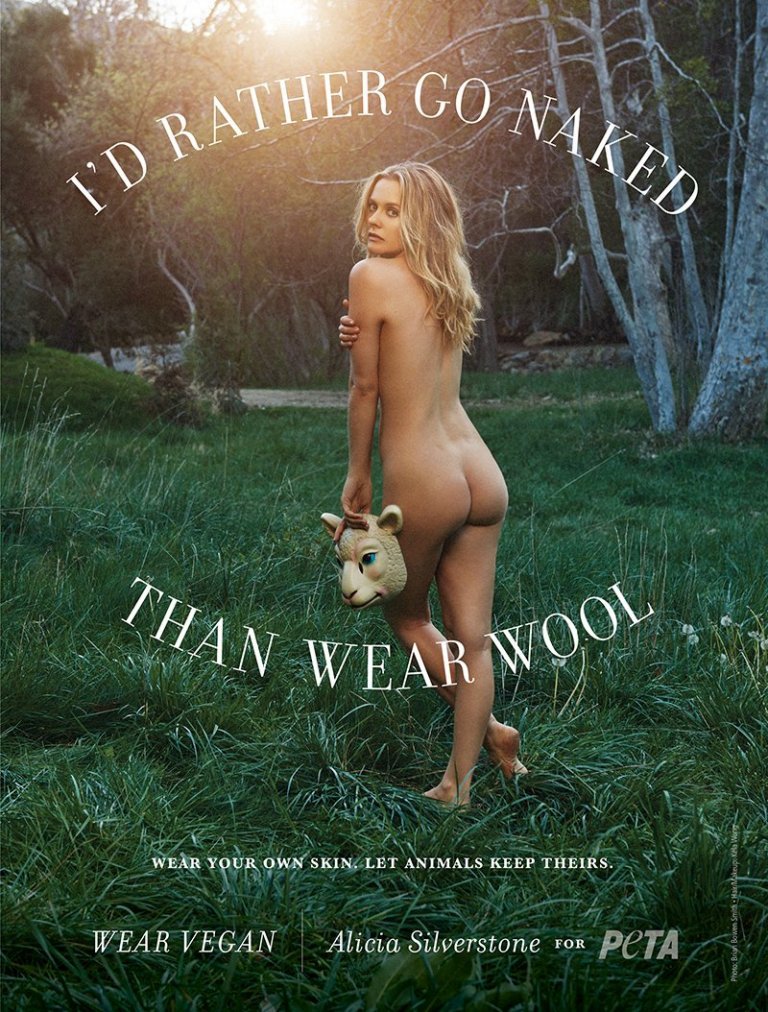 Silverstone is a longtime spokesperson for PETA, and speaking to InStyle she said that she felt comfortable stripping down for the camera since it’s for a good cause.

“I was pretty shy about it, but I trusted the photographer,” Silverstone admitted. “You know, you don’t see me naked in movies or TV, I don’t do that, but for the animals, it’s worth it, and hopefully that carries some weight.

“And if I can help with informing people about what’s going on, if my butt has to be naked for them to get it, then it’s worth it.”

PETA also released a behind-the-scenes type video where Silverstone talked about the issue close to her heart.

According to PETA’s website, a blog post announcing the new ad campaign said, “The gentle animals are often beaten, kicked, and mutilated so that their wool can be made into sweaters, coats, scarves, gloves, and boots.”

Other campaigns Silverstone has fronted include a 2007 spot that encouraged people to become vegetarian where she also appeared nude, and in 2004 PETA named her the “Sexiest Female Vegetarian.” PETA also has had a bunch of other confronting ads released, which B&T rounded up here.

The Clueless star’s ‘I’d Rather Go Naked Than Wear Wool’ billboard was unveiled in Times Square on Monday, November 21, between 40th Street and 8th Avenue.