Air New Zealand soars, as the first company ever to achieve most reputable brand in Australia three years in a row.

Air New Zealand CEO Christopher Luxon (featured image) said the airline is determined to be the first choice for Australians. Luxon was thrilled Air New Zealand had been recognised, three years in a row.

“Customer focus underpins reputation leadership. We maintain our leading position by continuing to invest in our aircraft, products and services and by bringing genuine Kiwi warmth to the 17 million journeys we’re part of every year.” 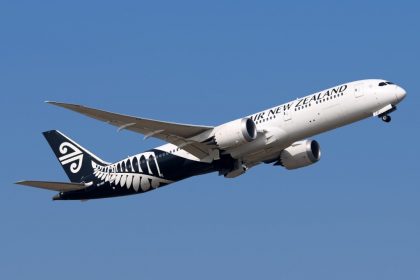 Air New Zealand soars as the most reputable company in Australia, for the third-year running.

The airline is also on the forefront of digital innovation, incorporating block-chain and 3-D printing technologies into its manufacturing line-up.

In a ground breaking partnership with tech-juggernaut Microsoft, Moog and ST Engineering, Air New Zealand is the first commercial airline in the world to prove the viability of 3-D printing for aircraft parts.

In a proof-of-concept, Air New Zealand showcased the potential of the technology by ordering a digital aircraft part, which was sent to an approved 3-D printer, and successfully installed within hours on an Air New Zealand Boeing 777-300 aircraft (pictured above), well ahead of its scheduled departure.

The file was for a bumper part, which sits behind the airline’s Business Premier monitors and prevents the screen from damaging the seat as the screen is pushed in.

“Rather than having the cost associated with purchasing, shipping and storing physical parts and potentially having to fly an aircraft with an unavailable seat, this system would allow us to print a part when and where we need it in hours.” 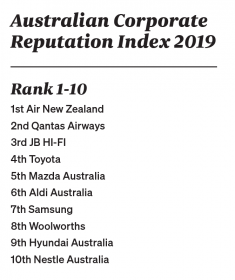