Network 10 has today announced that reality TV star Angie Kent will be its Bachelorette for season 2019.

Kent first starred in the 2015 series of 10’s Gogglebox and was a contestant on this year’s I’m A Celebrity…Get Me Out Of Here. 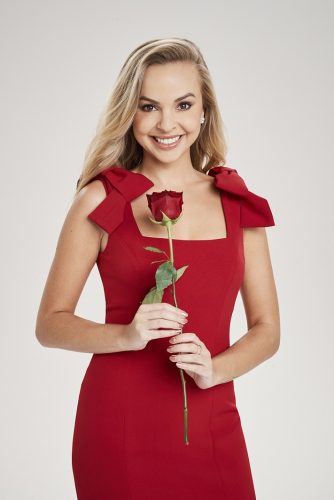 On becoming the Bachelorette, Kent said: “I’ve always been the girl who loves to make everyone laugh, but now I reckon it’s time to have someone to laugh with me, rather than at me.

“I’m at a place now where I have loads of self-love, but I’m also open to all of life’s amazing possibilities. So, if 20 or so fellas want to join me, have a laugh and potentially be my perfect partner in life and love – I say – let’s give it a red hot go!”

The fifth season of The Bachelorette will follow Kent as she navigates a world full of handsome suitors, cheese platters and extravagant dates all in the name of finding Mr. Right. With a Bachelorette this loveable, the competition is going to be tough.

Hosted by Osher Günsberg, The Bachelorette Australia is made for Network 10 by Warner Bros. International Television Production.