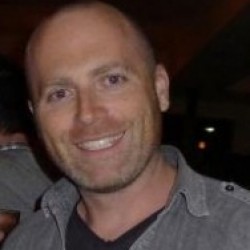 
Melbourne eatery Attica has beaten a very competitive field to be named the number-one restaurant in Australia by Gourmet Traveller.

Launching the country’s only national restaurant guide last night at an awards ceremony at the Sydney Opera House, the magazine’s editors singled the restaurant out for its surprising and highly personal take on fine dining.

A meal at Attica is a voyage of deliciousness, roving far and wide enough to take in both an elegant tour of indigenous ingredients (red kangaroo with bunya nuts, say, or whiting and pearl meat cooked in paperbark) but also touches of whimsy, whether in the naming of some of the dishes (“142 Days on Earth”, “The Industrious Beet”), or leading guests into the garden, mid-meal, to stop by the ice-cream stand for a cone.

The restaurant might be deep in the suburbs of Melbourne, but it’s Australia’s culinary standard-bearer on the world stage.

Beyond the Restaurant of the Year category, the winners of the awards have come from all over the country:

It’s Victoria, though, that comes up trumps, particularly in the regions:

“We’ve got a room full of really exciting talent,” says GT chief restaurant critic, Pat Nourse. “The overall standard in this country, whether it’s in cafés, bars, casual eateries or the finest of diners, is on the up, and that’s a win for Australians who love eating out, and it’s something in which we can all take pride.”

“These guys rock. If this is the year Australia is saying to the world that we’re a world-class place to eat and drink, this line-up of winners more than drives the point home,” says GT editor, Anthea Loucas. “Our food and drink scene is vibrant, diverse and exciting, and it’s a great pleasure for us to be able to celebrate it through these awards, our restaurant guide and in every issue of Gourmet Traveller.”

All winners will be published in the September issue of Gourmet Traveller, on newsstands with the new edition of the Gourmet Traveller Australian Restaurant Guide, presented by Vittoria Coffee, and supporting sponsors Cobram Estate, De Dietrich, Domo and Parisi, on Thursday 21 August.