Music and entertainment platform Vevo has increased its presence in the New Zealand market and appointed a new country manager to lead the charge.

In his role as country manager, Brendan will oversee Vevo’s growth in the New Zealand market and drive innovation across its client base. Brendan will collaborate closely with Authentic Entertainment’s Australian sales teams in Sydney and Melbourne, to spearhead the expansion of Vevo’s global footprint as one of the world’s most powerful music brands. 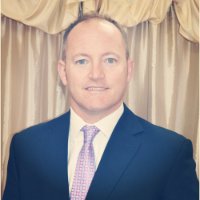 Muller comments, “It’s an honour to lead Vevo’s New Zealand operation and I’m looking forward to showcasing what the platform has to offer to the New Zealand marketplace in the coming months. With Kiwi artists becoming more prominent on the music scene in recent years, it’s a great time for Vevo to raise its profile across New Zealand”

Nic Jones, EVP Vevo International, comments, “We’re excited to expand our premium offering to New Zealand, which we see as an important market for us as we move into 2015. It’s a very exciting chapter for Vevo as it continues to rapidly increase its viewership across the region. Hitting 90 million monthly music video views in Australia over the past few months is an extraordinary achievement and we’re now poised for significant growth rates in New Zealand.

John Wardley, CEO Authentic Entertainment said, “We’re thrilled to be adding Brendan to the Vevo team and know his experience will prove invaluable to making Vevo the ultimate destination for music fans and advertisers alike across New Zealand.”