A panel of leading radio producers from some of Australia’s most popular AM and FM radio shows  and self confessed digital media geek, Jules Lund will share their expertise in sessions at this year’s National Radio Conference.

The producers behind some of Australia’s most successful radio shows will explain how they track down and secure guests, come up with program ideas and work with their on air talent.  They will reveal what makes a good radio guest and how they developed their ‘little black book’ of contacts for some of the most sought after guests both internationally and in Australia. 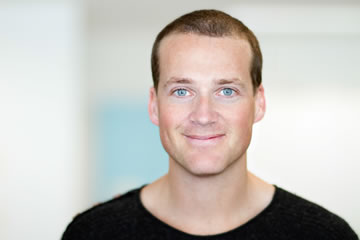 In the digital world, a year is a lifetime; back by popular demand at this year’s conference is Southern Cross Austereo presenter and self confessed multimedia junkie, Jules Lund with the session “Can Social Media Survive Monetisation?”

Last year Lund shared strategies that made ‘The Fifi & Jules’ Facebook page the most engaged in the country. He challenged the radio industry to make their digital portfolio a higher priority.  Fast forward to the present, and his session will outline the dramatic changes within Facebook, Twitter & Instagram.

He will explain why social media’s organic growth has been stemmed, and whether the days of using social as a free marketing tool are over.

Joan Warner, chief executive officer of Commercial Radio Australia said: “We are very lucky within the radio industry to have a wealth of talent willing to share their experience at this year’s conference.”

“Contacts and Connections” and “Can Social Media Survive Monetisation?”, and the launch of the $25 million industry-wide radio brand campaign presented by Eardrum founding creative director, Ralph van Dijk, CRA Brand Committee chairman and chief executive officer of Australian Radio Network (ARN) Ciaran Davis, are just three of the more than 20 sessions in this year’s National Radio Conference program to be held in Melbourne at the Grand Hyatt on 17 October.  Further conference speakers will be announced in the coming weeks.

The conference is followed by the 26th annual Australian Commercial Radio Awards on the 18 October at the Melbourne Convention and Exhibition Centre.